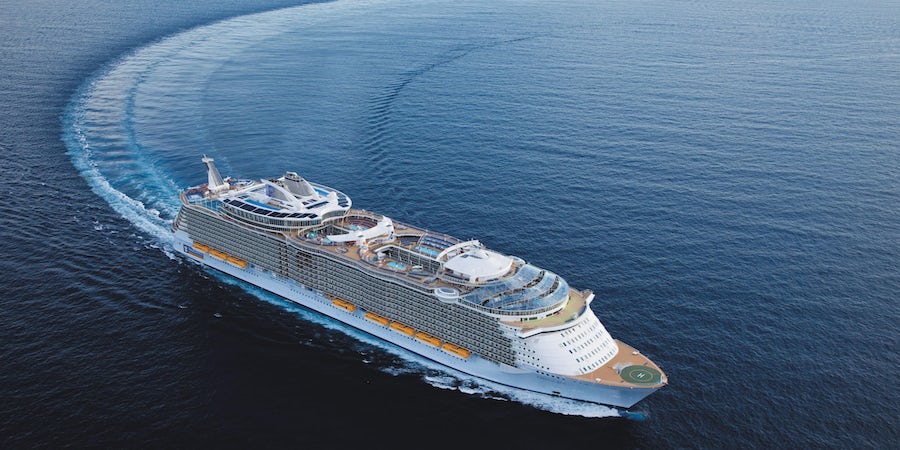 Royal Caribbean Cancels Next Three Oasis of the Seas Cruises After Crane Fall, Ship Heads to Cadiz For Repairs

(5:02 a.m. EDT) -- Royal Caribbean Cruise Line has been forced to cancel the next three sailings of Oasis of the Seas after a crane fell on the ship while in dry dock in Freeport, Bahamas.

Passengers on the three sailings will receive full refunds, as well as full credit toward a future cruise. The line has also confirmed it will refund airfare change fees of up to $200 each for domestic and $400 per passenger for international flights.

A statement from Royal Caribbean read: "We are sorry for the disruption to their holiday plans.

"Oasis of the Seas will head from the Grand Bahama shipyard to be serviced at facilities in Cadiz, Spain. She will then resume her scheduled itineraries, beginning with the May 5 sailing from Barcelona."

Still images from a video posted by the Bahamas Press show a crane leaning against the aft of the ship, just beside the AquaTheater. No passengers were onboard. There were eight yard workers injured, according to an earlier statement from Royal.

The 5,400-passenger cruise ship has been in dry dock in Freeport this week for repairs on one of its azipods.