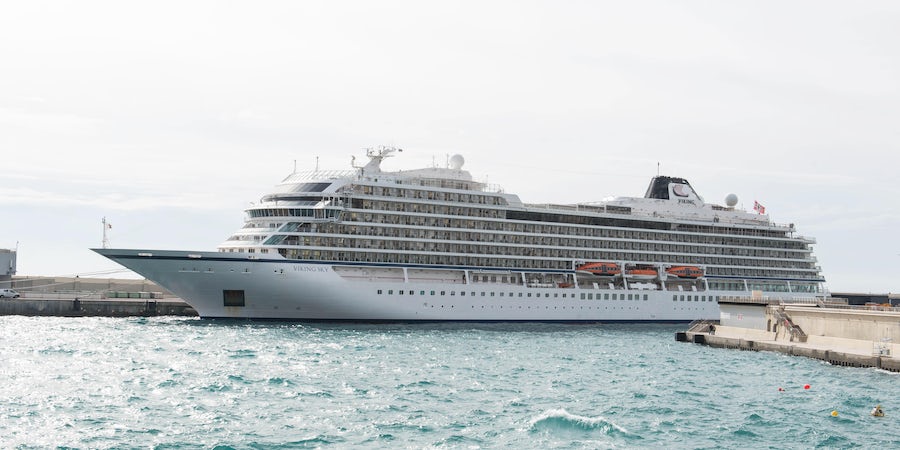 (1:30 p.m. EDT) -- Following the partial evacuation of its nearly 1,400 passengers March 23 due to engine failure and dangerously rough seas, cruise ship Viking Sky was able to regain enough power to sail safely on to the Norwegian port of Molde with the assistance of tugboats.

All passengers have been disembarked, and some began flying home Sunday night, while others -- including Cruise Critic member gretschwhtfalcon, who was one of the 479 evacuated from the vessel by helicopter -- remain in Norwegian hotels awaiting further instructions.

Amid a flurry of firsthand accounts of the experience on social media, the one recurring theme is that Viking Sky's crew, as well as Norwegian rescue teams and locals, handled the situation superbly, keeping passengers calm and safe.

Haworth, who was also onboard and posting live to the Cruise Critic message boards, had this to say: "We are onboard and about to dock in Molde, having been escorted by several vessels and attached to a large oceangoing tug. Crew from the captain down have been first class during this incident, and we are now back in our cabins having spent around 25 hours at our muster station."

gretschwhtfalcon echoed that sentiment on a nearly 40-page thread about the topic: "The Norwegian people have been amazing. Can't say enough about the crews of the helicopter and the Sky, but also no words to describe how well we were treated last night by the Red Cross and all the other emergency personnel."

gretschwhtfalcon recounted that the crew were helpful and professional, bringing hundreds of blankets to passengers waiting for evacuation and even passed out plates of cookies.

"There seemed to be no specific order for evac, other than injured people in stretchers as soon as they could be brought up the stairwells," gretschwhtfalcon said. "It was sometimes not easy since obviously the stairs were full of people .... So the crew would have to call for the people to go to one side to make a pathway to bring up passengers in stretchers or wheelchairs. ... The calm that all the passengers maintained ... was remarkable."

"... Airlift was undoubtedly the best way but sure hope to never have to do it again," gretschwhtfalcon said of the rescue efforts. "That churning water sure looked a LONG way down there while hanging with just that small belt around the waist. Amazing experience in the helicopter, as well. Quite a view of the ship on the way up to the chopper. ... Guess some folks would pay for something like that? More exciting than anything that was on the optional shore excursion list!"   ﻿

gretschwhtfalcon also noted that Torstein Hagen, founder and chairman of Viking Ocean Cruises, flew to Norway to meet with passengers after the evacuation and indicated they might be able to board the ship again to pack up their belongings.

"Hagen reacted and dealt with the issue in a timely manner and has offered compensation that we find very acceptable," said Haworth, who is already back at home in England.

Passengers on the interrupted voyage will receive full refunds of their cruise fares, as well as a free future cruise. Viking has also chartered flights and hired taxis for passengers, all of who will return home at the line's expense.

gretschwhtfalcon went on to say that it was "Fantastic how Viking took us to a local mall (closed on Sundays so they opened just for us) to buy whatever supplies we needed since at the time it was not known if we'd be able to get back on the ship or not. Hoping to hear more tomorrow on flights to U.S."

In the meantime, "The relaxed attitude and camaraderie here at the hotel have almost made it like a reunion of old friends!" gretschwhtfalcon said.

Of the interrupted voyage, gretschwhtfalcon stressed that "Despite this terrible incident, the journey was amazing. Had three sightings of the Northern Lights -- the best being the night before we arrived to Narvik. Really nice showing right from the decks. Scenery was incredible throughout the trip."

To allow time for engine repairs, Viking has canceled the ship's next cruise, which was scheduled to leave March 27; at this time, the line says it does not expect to cancel additional sailings.