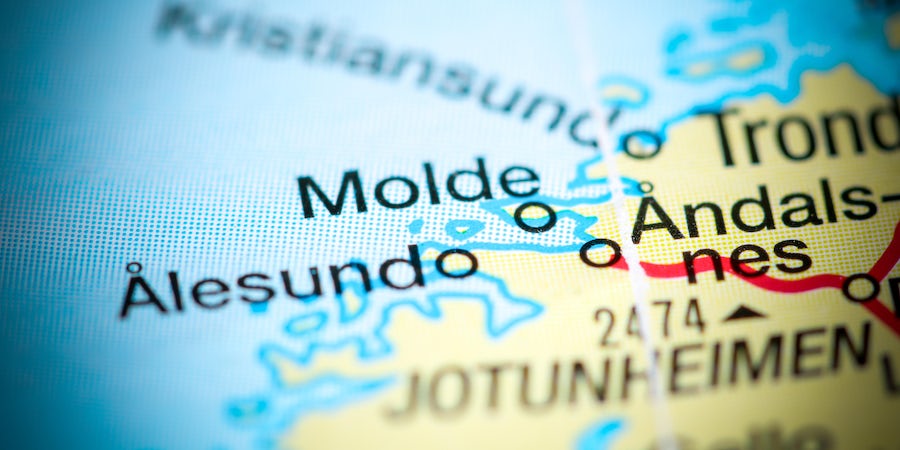 The ship regained power last night after evacuating 479 passengers following an engine failure that left the vessel adrift in rough seas off the Norwegian coast.

The latest statement from Viking Cruises confirms that Viking Sky has docked and that "All passengers and crew are safe, and passengers will be flying home starting tonight."

The captain decided to start evacuating the ship at approximately 9 a.m. Saturday, March 23, as the ship began to drift toward the shore in what

is saying were 38-knot winds and wave swells of nearly 33 feet.

The ship anchored roughly 2.5 nautical miles from the shore near the town of Farstad with five helicopters airlifting the passengers to land. Early police reports say there have been no serious injuries onboard, but some passengers were taken to a local hospital.

By around 3:45 a.m. (local time), 397 people had been evacuated from the ship, reported @HRSSorNorge, the Twitter account for according to The Joint Rescue Coordination Centers in Southern Norway and Northern Norway (HRS), the Norwegian entity overseeing the rescue effort.

In an earlier Tweet, @HRSSorNorge wrote: "Five helicopters and a number of vessels are included in the evacuation of Viking Sky," "The ship is working to get more than one engine running ... and evacuation continues."

The ship, which debuted in 2017 and carries 930 passengers at double occupancy, was on its way from Stavanger to Tromso. Viking Sky has been sailing a series of Northern Lights cruises this winter. The current cruise left on March 14 from Bergen and had been scheduled to end March 26 in Tilbury, England. Viking confirmed that the next cruise -- Scandanavia and the Kiel Canal, which was due to leave Tilbury on Wednesday 27th -- has been cancelled.

have been sharing information, and passengers onboard are posting live on

, who also posted a video.

"Onboard now," said Cruise Critic member Haworth. "Nothing much to add.... All calm ... but a lot of passengers were soaked when a window caved in in the dining room."

"We can confirm that as of 10am (Norwegian time) today March 24, the Viking Sky, is safely travelling to Molde under its own power. The ship is being accompanied by two offshore supply ships and one tug assist vessel. The evacuation of passengers has ended and there are currently 436 guests and 458 crew onboard.

"The 479 passengers who were airlifted from the vessel are currently on shore and arrangements have been made to fly them home, with the first passengers leaving today. Currently we understand 20 people suffered injuries as a result of this incident, and they are all receiving care at the relevant medical centres in Norway, with some already having been discharged.

"Throughout all of this, our first priority was for the safety and wellbeing of our passengers and our crew. We would like to thank the Norwegian Redningssentral and the Norwegian emergency services for their support and skill displayed in managing the situation in very challenging weather conditions. We would also like to thank the local residents who throughout the whole process have been extremely supportive and hospitable. If you have questions or concerns about any guests please call this number for US/AU booked guests 1-888-889-8837, and for UK booked guests 07585 779 853 or 0208 780 7900.

"The next sailing, Scandinavia & the Kiel Canal, which was scheduled to embark on March 27th has been cancelled, and guests and their travel agents have been contacted directly. We do not anticipate any additional cancellations at this time."

Cruise Critic will continue to update this article as more information becomes available.