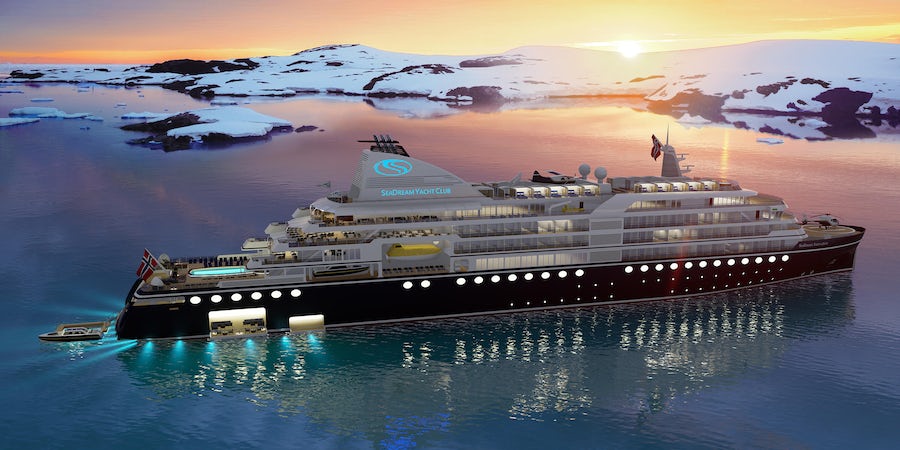 (8 a.m. EDT) -- For the first time since its inception in 2001, SeaDream Yacht Club will build a new yacht -- one that will be designed to sail all seven continents. SeaDream Innovation, slated to launch in September 2021, will visit more than 200 ports in 49 countries during its first year.

SeaDream, which operates a fleet of two yachts that focus on the Caribbean and Mediterranean, will expand on its itineraries with the addition of the third ship; the new 110-suite mega-yacht will take passengers to destinations such as Svalbard, Norway; the Northwest Passage; Antarctic; the Norwegian Fjords; Japan; New Zealand; the Fiji Islands; and the Great Barrier Reef.

"This project has been a dream of mine for many years," said SeaDream's owner, chairman and CEO, Atle Brynestad. "It has been a true labor of love to meticulously design every aspect of this yacht, from the interiors and facilities to the itineraries."

While specific features have yet to be revealed, the line said SeaDream Innovation would have an all-inclusive fare, a one-to-one passenger-to-crew ratio, three onboard marinas and outdoor dining options; it added that all suites would offer an ocean view.

SeaDream Innovation will be built by Damen Shipyards, based in the Netherlands. Brynestad said the company was drawn to Damen Shipyards' "excellent reputation and proven track record as innovators in the shipbuilding industry."

"Damen Shipyards understood our vision from the very beginning," he said. "Both Damen and SeaDream are family-owned businesses, making Damen a perfect longterm partner for this visionary project. We are looking forward to working closely with the Damen team to bring this dream to reality."

Passengers who have sailed with SeaDream before are now able to book a cruise on SeaDream Innovation. Reservations will open to the public on April 17.