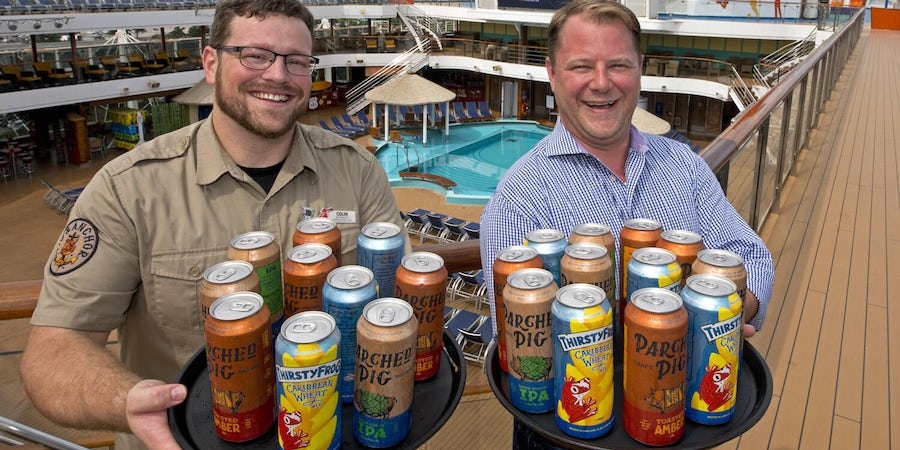 The line has partnered with a U.S. craft beer producer-- Brew Hub, based in Lakeland, Fla. -- to create three beers that will be available in 16-ounce cans or on tap on all of its 26 ships and its private destinations. Passengers can also buy the beer to take home.

“To be the first cruise line to ever scale up its beverage operations by canning and kegging their own beer is unprecedented,” said Edward Allen, Carnival’s vice president of beverage operations. “My hope is that our guests will take a four-pack home with them to share with family and friends as a refreshing and memorable reminder of their cruise.”

The three beers, created by Carnival’s in-house brewery team, are:

Carnival launched North America’s first brewery at sea aboard the Carnival Vista in 2016 and its second aboard Carnival Horizon in 2018. It has since served almost 300,000 pints of its private label brews. Carnival Panorama, which will debut in December, will also have a brewery.