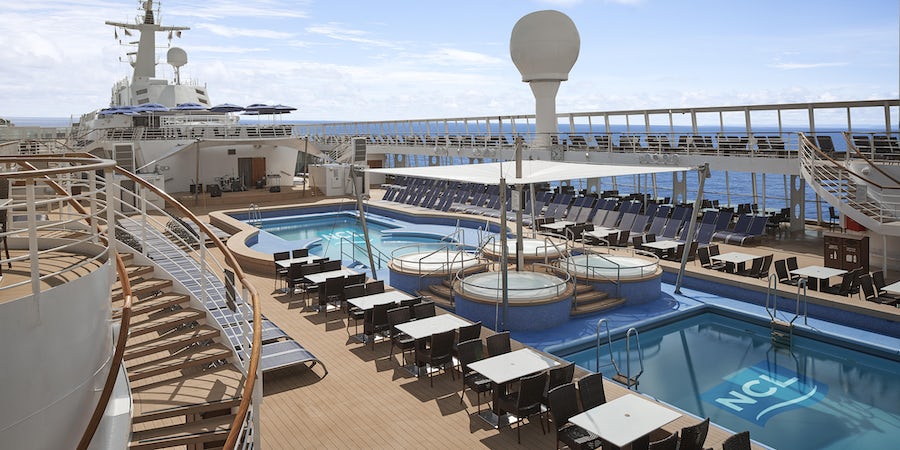 The 2,004-passenger ship has emerged from a three-week dry dock in Freeport, Bahamas, as part of the line's $400 million Norwegian Edge refurbishment project.

President and chief executive officer of Norwegian Cruise Line, Andy Stuart, said in a statement: "Last year was quite an exciting year with the record-breaking launch of Norwegian Bliss, the announcement of Norwegian Joy’s redeployment to the U.S. and the unveiling of four revitalized ships.

"We are continuing the momentum and starting 2019 with the reintroduction of Norwegian Sky, following a complete refurbishment. She returned home to Miami unveiling new designs and experiences that showcase our dedication to providing guests with quality and meaningful experiences across our fleet."

All 1,002 cabins have been outfitted with new televisions and USB-ports, with fresh carpets, furniture, artwork, lighting and balcony decking.

The all-inclusive ship -- one of two in the fleet to include beverages within the cruise fare -- will continue to sail year-round to the Bahamas out of PortMiami, with some sailings featuring an overnight stay in Havana, Cuba.