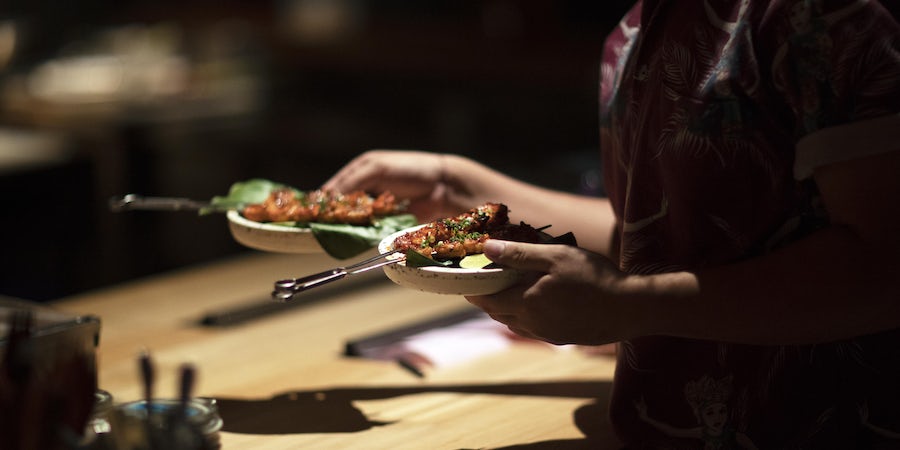 If S.A.L.T. proves a success on the new luxury ship, which launches in August 2020, then a S.A.L.T. Kitchen, S.A.L.T. Bar and S.A.L.T. Lab will be installed on Silver Muse and Silver Spirit, the line's Chief Marketing Officer Barbara Muckermann said.

S.A.L.T. will combine immersive food-themed events and experiences onboard with cooking classes and demos from local chefs and experts, culinary-themed lectures, and one-off dinners and food and wine tastings. This will be in addition to immersive experiences on shore -- visiting local chefs and communities and learning about their culinary heritage -- as well as taking part in cooking demos.

"If the program has the success that I am expecting, I would expect probably changes on the Spirit and the Muse," Muckerman said, speaking in Manila between two S.A.L.T.-themed preview trips for media.

"But this has not been officially decided yet and we will all wait to see what happens in the first few months on Silver Moon.

"If that is a success, and I can say that now I have a level of confidence in the program I did not have a week ago, I am pretty sure that we are going to go back to the Board and say we need to retrofit Spirit and Muse. Those would only be the two ships where we can do it. On the (Silver) Dawn (coming in 2021) it is already confirmed."

The S.A.L.T. Bar will serve local spirits, wines, beers and juices. All of this will be free to passengers, with the only parts of the program that will cost will be the shore excursions and possibly participating in the 22-seat S.A.L.T Lab.  "If it gets very popular, we might have to put a charge to manage the flow," Muckerman added.

The S.A.L.T. Lab, which will operate as a test kitchen where passengers can participate in preparing the meal, will be in the spot currently occupied by La Dame, the ship's high-end, 24-seat French restaurant. La Dame will move from Deck 4 to Deck 8 to take the place of Arts Café and become a 76-seat restaurant, allowing for many more passengers to enjoy "our most fancy French restaurant," Muckermann said.

The Arts Café will be relocated to the next-door space, currently Connoisseur's Corner, a cigar bar, which in turn will replace what's now the kids' area at the back of Deck 9 called the Activities Room.

The S.A.L.T. program is being overseen and co-ordinated by food writer and three-time winner of the James Beard Journalism Award, Adam Sachs. Sachs is also the former editor-in-chief of Saveur Magazine.

"We approached a number of associations and a number of chefs, we even signed a contract with Anthony Bourdain before his demise," Muckerman said.

"But all of these concepts were always presented with mostly the point of view of a chef or the point of view of an association and we realised that because Silversea is the most destination-dense cruise line in the world, we could never really cover that with a celebrity chef or a chef approach, the kind of diversity we wanted to give to our guests.

"We wanted a storyteller, an editor, rather than a chef, which is why we went with Adam."