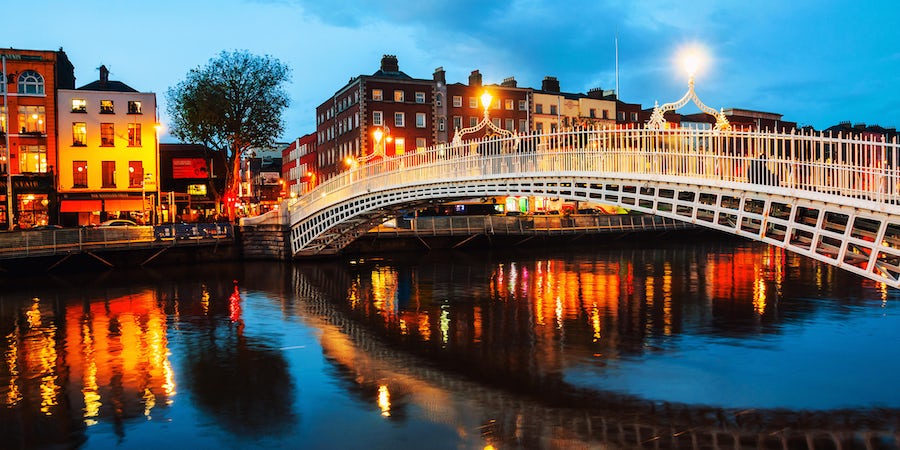 The number of cruise ships calling at Dublin will be halved as a result of plans announced by the Dublin Port Company (DPC).

The decision to allow just 80 vessels to call at the port from 2021 -- the same number as 2010 and compared with the 160 cruise ships scheduled to call this year -- is in light of the increase in freight business; 36 percent in the last six years. The news has been met with dismay by local tourism representatives and the Cruise Lines International Association (CLIA) who say it will hit local businesses as well as the cruise sector.

In the statement released by the DPC a spokesman said the number of cruise ships calling at Dublin has grown considerably, with 150 in 2018 and 140 already booked for 2020.

"Since the 1980s, Dublin Port has provided considerable financial support from its own resources to develop cruise tourism to the capital," the statement continued. "From 2021, berth allocations for cruises ships at Dublin Port will be managed in accordance with a new cruise ship berthing policy. The effect of this new policy will be to restrict the number of cruise ships in Dublin Port to about 80 starting in 2021. This is the same level of cruise ship activity in Dublin Port in 2010."

The port authority said that if more ships were to be allowed in the future it would be dependent on new berths being constructed and this would require co-financing or long-term financial guarantees from cruise lines.

Reaction to the announcement has been voiced on social media with Dublin-based cruise blog, TheCruiseRoomIreland, Tweeting: "There is a desire to have cruise lines engage around future berth funding but this seems crazy way to go about it! This needs to be reversed and quickly before cruise lines decide to go elsewhere causing an impact across all ports and all local businesses that benefit from cruise!"

Local shore tour provider, ExcursionsIreland, described the plans as "bizarre", adding: "Ireland is in the infancy of cruise growth and potential is colossal for all connected! Dublin Port Company need to reverse the decision."

Andy Harmer, CLIA’s UK & Ireland director, also Tweeted: "CLIA understands the challenges the Port of Dublin faces, but its decision to reduce their presence in the Irish cruise sector is very disappointing. Ireland is a valued cruise destination and a country which receives a great deal of economic benefit from cruise tourism."