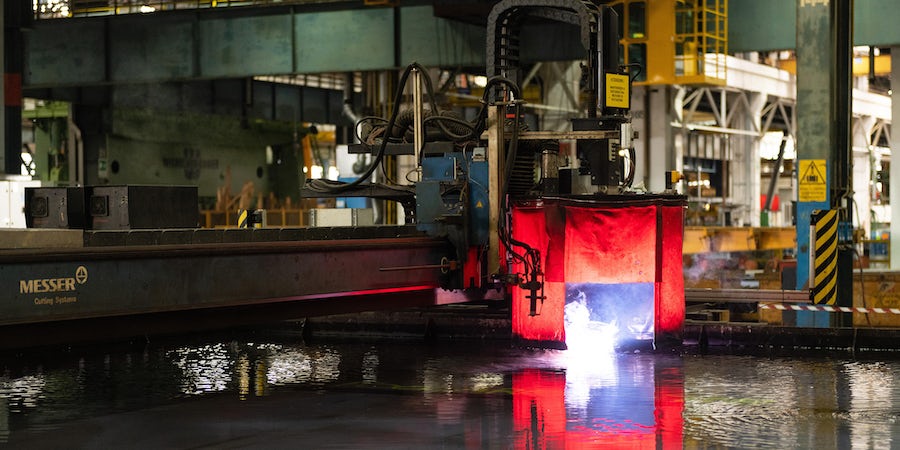 (2:47 p.m. EST) -- Construction officially has begun on Holland America Line's next Pinnacle-class ship, which will launch in May 2021 as a sister to Koningsdam and Nieuw Statendam. The line today revealed steel for the ship's main section was cut at Fincantieri's Marghera shipyard in Venice, Italy.

"The steel cutting is always an exciting milestone in the construction process because from here the ship quickly takes shape and we, along with our loyal guests and travel partners, begin counting the days until the first cruise," said Holland America Line's president, Orlando Ashford.

"The Pinnacle class has been a resounding success, and we look forward to welcoming the third in the series to our fleet, joining sister ships Koningsdam and the recently launched Nieuw Statendam."

Additional details -- including the ship's name, new concepts and where it will sail -- have yet to be revealed. Read our report from Nieuw Statendam's inaugural sailing to learn more about the Pinnacle Class.