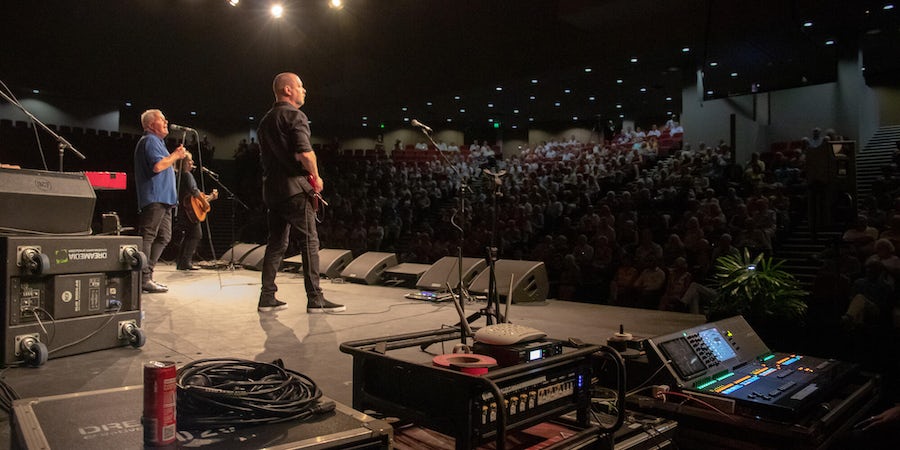 Live From an Azamara Cruise Concert With Daryl Braithwaite

Mid-voyage from Cairns to Singapore, Quest pulled into the Top End capital for an overnight stay and Azamara' signature Azamazing Evening. These exclusive events -- one every voyage -- are created to showcase local arts and culture, offering an “ungoogleable” experience, according to the line's CEO, Larry Pimentel.

While the majority of the international passengers and crew had never heard of Daryl before the show, he would have received a noticeable boost in iTunes downloads shortly after. In between the classic Sherbet hit 'Howzat' and 'One Summer', hundreds of new fans couldn't withhold their clapping and foot tapping any longer, with some moving to the mosh pit to dance. Finishing the night with his most famous song 'The Horses', Daryl had everyone up and singing along.

Other Azamazing Evenings have included nights out to see private concerts by the St Petersburg Symphony Orchestra, an after hours visit to Te Papa Museum in New Zealand, and watching the captain be immersed in a tank with crocodiles at Crocosaurus in Darwin.