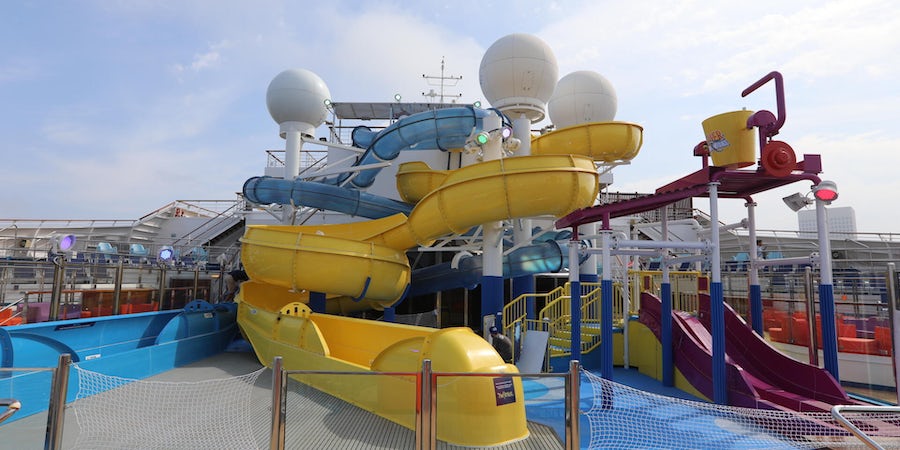 (5:15 p.m. EDT) -- A new waterpark, revamped mini-golf course and expanded dining options are a few of the many changes that were made to Carnival Freedom during a recent multimillion-dollar refurbishment.

The Galveston-based ship, which sails six- and seven-night Western Caribbean cruises year-round, saw two new waterslides and a kids' splash area replace the small pool and waterslide previously located on Deck 10. (The main pool and adults-only pool, both on Deck 9, remain as is.)

Additionally, Bonsai Express -- a smaller outpost of the line's popular sushi restaurant -- was added to the ship's spread of food and beverage options, which already included Guy's Burger Joint, BlueIguana Cantina and the Alchemy Bar. Other updates include the renovation and relocation of the ship's mini-golf course, a rebranded deli station in the buffet, and new retail shops.

Carnival Freedom is one of many ships to go under the knife as part of Carnival Cruise Line's $2 billion fleetwide enhancement program.

The line also has more extensive refurbishments in the works, including those of Carnival Triumph (currently in dry dock and scheduled to emerge as Carnival Sunrise in late April 2019) and Carnival Victory, which will undergo a similar transformation in March 2020 to become Carnival Radiance.