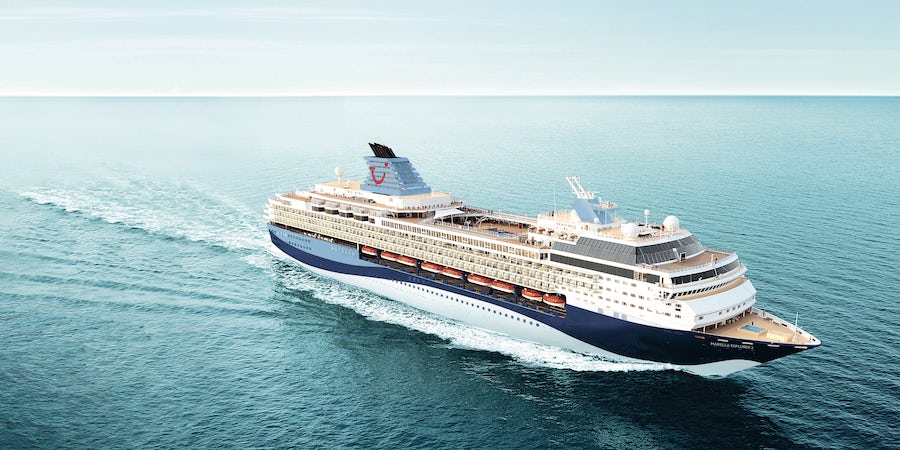 With just four weeks until the 1,814-passenger ship sets off on its first voyage, Cruise Critic was given an exclusive behind-the-scenes preview of the entertainment cast rehearsing the new shows.

Before coming up with the concepts for the new shows, Steve Leatham, creative director of ted Group -- which oversees the creation and implementation of the shows -- first had to determine which shows to carry over from sister ship Explorer. To do this, Leatham and his team looked at the demographic and audience of Explorer 2 -- which is Marella's first adults-only ship.

"We always knew we wanted to bring two new shows in and carry some others over from Explorer, so first we took away two shows that we felt didn't suit this audience as well, including "Festival" and "Vocal Lites."

Leatham felt the shows were more suited to a younger audience and made the decision to drop them from Explorer 2.

He continued: "We then started to put together the concept of a narrative-driven show, which ended up being "Lovestruck."

Leatham reveals how the music behind the show was determined. "I sent an email to everyone at Marella and ted asking them to respond with their favourite love song and we got some really great feedback."

From that point, Leatham and his team were able to whittle down the songs and create a story for the show: "We wanted to create a narrative that links to pop culture, but also has a comedic element.

"The main concept was to come up with multiple storylines, including three or four different scenes, which is the first time we've done that for Marella.

"We've basically got a ship with adults-only. Probably a lot of couples who are in love, have been in love and who can appreciate love, so we've given them a love story, but in a non-cheesy way."

"It's completely opposite to "Lovestruck" in that we've done a completely visual, gothic-y, 18th-century, quirky show with Revive," Leatham explained.

"We received a lot of feedback that those big costume style shows don't necessarily need as much narrative, so this is very visual."

Leatham reveals another first-for-the-line with aerial acrobatics incorporated into the performance, which is set inside a rundown theatre.

Leatham added: "We've got some real quirky things happening, including the aerial element and two characters who play twins that do everything in unison."

The ship's entertainment cast have been hard at work at ted headquarters in Bedfordshire, practicing each routine for the past 10 weeks. Next week they will join the ship in dry dock in Cadiz to begin dress rehearsals and familiarise themselves with the stage.

Setting sail on its first passenger voyage on April 2, the ship will also feature three brand-new venues, including a golf-themed bar called The 19th Hole; a Prosecco and Champagne bar called Flutes, and The Beach Cove that will take on a beach-barbecue theme. There will also be a Champneys Spa, which debuted on Marella Explorer, plus the line's largest cabin -- the 102-square-metre Royal Suite.