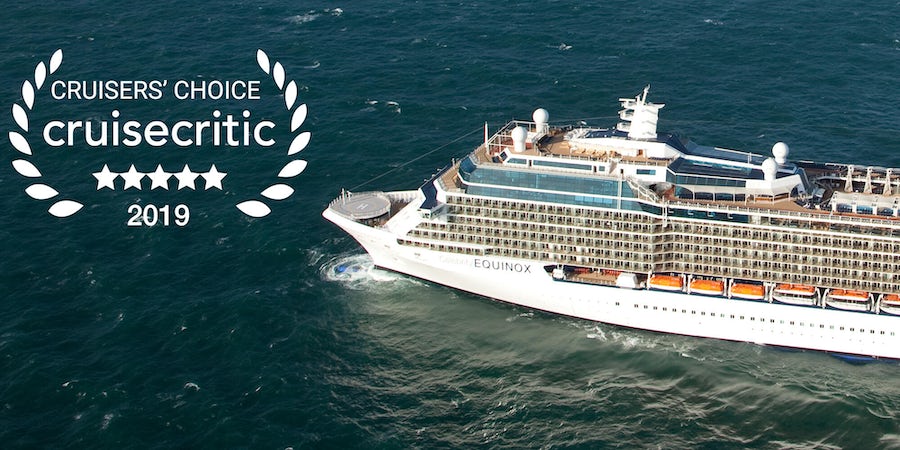 (4 a.m. EST) -- The most popular cruise ships, according to consumer reviews shared on Cruise Critic over the past 12 months, were revealed today in Cruise Critic's 9th annual Cruisers' Choice Awards.

**Check out our award highlights below. Did your favorite receive any honors? See the full list of 2019 Cruisers' Choice Award winners.

"Since the initial launch of our awards, nine years ago, we've seen incredible growth in the industry," explains Colleen McDaniel, Cruise Critic's Senior Executive Editor. "As traveler needs and expectations continue to evolve, so do cruise options -- as evident by this year's list of winners, highlighting incredible options for travelers of all kinds.

"This year, we see winning ships with amazing offerings created especially for families, while others welcome adults, exclusively. And there are different definitions of value -- from large-ship bells and whistles and a pay-as-you-prefer pricing structure, to more inclusive offerings on smaller ships. What's really exciting is the continued focus on destinations -- with itineraries that span the globe, and ships specially designed for the regions they sail."

The results are in ... cruisers rated these ships the best of the best!

Celebrity Cruises snagged the most awards in the Large ship category, with Celebrity Equinox winning Best Overall, Best Dining, Best Public Rooms and Best Value for Money. The line's Caribbean-based ship is scheduled to enter dry dock in May 2019 -- where it will receive additional suites, as well as a new suite-only Retreat Lounge, gastrobar and redesigned buffet.

Also in the Large category, three different Royal Caribbean ships came away with awards; Harmony of the Seas won Best Cabins, Symphony of the Seas snagged Best Entertainment and Allure of the Seas was named Best for Fitness & Recreation.

A specialty award, Best for Families, was given to Disney Cruise Line's Disney Magic, the company's only ship to sail European itineraries.

In the Mid-Size category, luxury line Oceania Cruises picked up the most awards. Riviera won Best Overall and Best Dining, while sister ship Marina was recognized as Best Cabins. (Find out why Oceania Cruises is among the best lines for foodies.)

Viking Sky was also named Best for First Timers (a specialty category), marking the fourth consecutive year the cruise line has won in this award. Like its sister ships, Viking Sky includes popular extras in its cruise fare, such as specialty restaurants, beer and wine at lunch and dinner, select shore excursions and Wi-Fi.

Additionally, for the first time ever, Cruise Critic unveiled a Best for River Cruises award. Viking's river cruise line -- arguably what the company is best known for -- accepted this award for Viking Vidar. The ship splits its time between Europe's Danube and Rhine Rivers, calling on popular cities such as Amsterdam, Budapest and Vienna.

See which lines and ships Cruise Critic's team of international editors voted the best for 2018, in the 11th annual Editors' Picks Awards. Contemplating where to cruise next? Satiate your wanderlust with our roundup of the hottest cruise destinations for 2019.

The results are in ... cruisers rated these ships the best of the best!