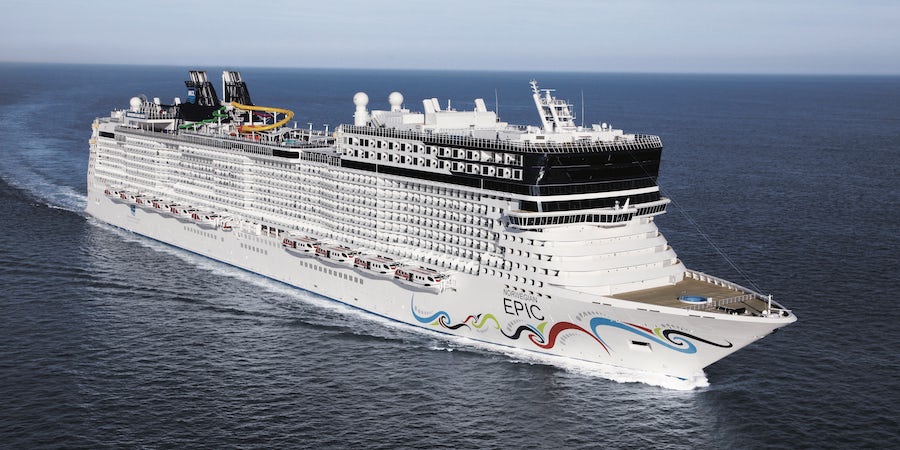 (4:57 p.m. EST) -- After colliding with two mooring piers in San Juan on Tuesday afternoon, Norwegian Epic has been cleared to depart from the port today. No injuries were reported, and the port remains operational; the ship sustained only minor damage that is not affecting its operations.A spokesperson for Norwegian Cruise Line confirmed: "Yesterday, as Norwegian Epic was maneuvering into Port of San Juan, Puerto Rico with a local pilot on board and the help of two tug boats, prevailing winds caused the ship to veer towards the pier, damaging two mooring points at Pier 3 East."The ship sustained minimal, superficial damage to the hull, which does not affect the safe operation of the vessel. The ship will depart San Juan later today."Norwegian Epic called on San Juan -- originally not a scheduled stop on its seven-night Eastern Caribbean itinerary -- to assess a separate mechanical issue. Cruise Critic members onboard Norwegian Epic posted to the

that the itinerary already had been altered to spend an overnight in San Juan, so the mechanical issue could be repaired.Norwegian Cruise Line's spokesperson added: "While the mechanical issue did not affect the safety of the ship, it did impact the scheduled itinerary. The ship will no longer call to Tortola or St. Thomas. All services aboard the ship remained fully operational."Cruise Critic members also report the ship is scheduled to depart from San Juan at 7 p.m., and is still on schedule to visit Great Stirrup Cay this Friday before returning to Port Canaveral on Saturday.