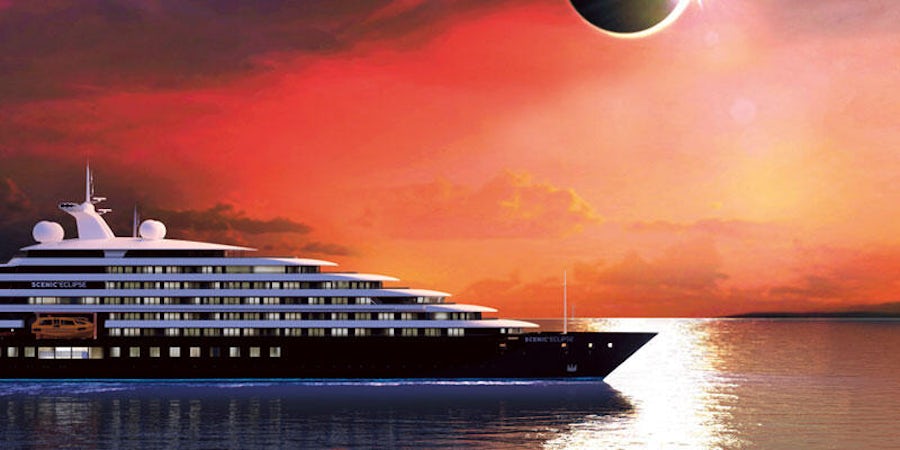 (Updated 12:33 p.m. AEST) -- The long-awaited Scenic Eclipse expedition ship will launch a whole year later than originally planned. According to Scenic Luxury Cruises & Tours, the maiden voyage is now likely to be 15 August 2019 -- a 12-night Iceland and Atlantic Canada itinerary.

Initially due to debut in August 2018, the "world’s first discovery yacht", as it is still described by the company, was delayed to January 2019 and then again to April 2019.

But in a "very positive development", a consortium comprised of the Croatian DIV group and Italian shipyard Fincantieri was confirmed on 7 February as the new owner of Uljanik shipyard in Croatia, which is expected to "bring stability and focus to current and future ship builds".

Scenic Group has since signed a letter of intent with the new consortium that will lead the shipyard to set up a new Discovery Yacht division within the restructured Uljanik group. This new joint venture will be fully focused on completing Scenic Eclipse and expediting the build of a second vessel, Scenic Eclipse II, as well as progressing development of the next generations of Scenic’s discovery yachts.

A spokesperson for the line told Cruise Critic: "The new shipyard will be able to move at a much better and faster pace than what we're used to".

Scenic issued the following statement, regarding the delay: "We are deeply sorry for the inconvenience these delays to the launch of Scenic Eclipse have caused our guests. As a company we have done everything possible to complete the ship within the time limits that were set previously, but a series of events that are outside our control have put us in a position where we must delay."

The line's managing director, Jayne O'Brien, told Cruise Critic during an interview: "The overall environment at the shipyard with the strikes made it hard to work, and normal things like getting supplies to the ship on time became challenging". Further issues included a shortage of manpower and late deliveries of equipment.

"We had hoped to catch up on the progress", O'Brien added. "She's so nearly ready and looks wonderful."

To keep the Scenic Eclipse construction moving as quickly as possible, the company recruited more than 500 subcontractors and employed 115 cruise ship specialists from Finland, Italy, the UK and Norway. This expanded Scenic-run team has taken over the lead role in completing the ship.

For passengers affected by the delays, Scenic has committed to full refunds for the cost of their Scenic Eclipse cruise and consideration of other associated costs incurred with their travel plans. Those who rebook a Scenic Eclipse voyage will also receive a future cruise credit to the value of 25 percent of the cost of their rebooked cruise. The line has established a dedicated phone number to deal with the situation and has begun reaching out to all customers and travel agents.