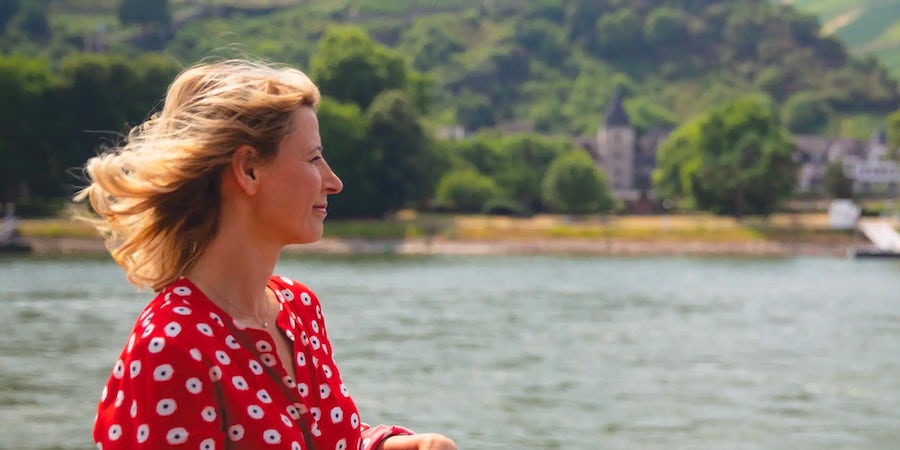 , being named the godmother of AmaWaterways' new river cruise ship -- AmaMagna, which will be almost twice the size of the line's other vessels -- has been the greatest honor of her career. "It's an honor that grows as we get closer and closer to the AmaMagna having its first sailing," she told Cruise Critic in an interview.Brown, best known for hosting former Travel Channel series such as "Passport to Europe" and "Great Hotels," took on the new role alongside her main gig hosting PBS' "Places to Love," whose now-running second season includes a Rhine River cruise. She will christen AmaWaterways new supersized river ship, AmaMagna, in July 2019. After the ceremony, which is a traditional part of launching any new ship, Brown will host passengers on a seven-night Danube river cruise from Vilshofen, Germany, to Budapest, Hungary, departing on July 14."The cruisers will find me at every exquisite breakfast, cocktail hour and dinner," Brown said, speaking about the July 14 sailing. "There's such a personal side to river cruising; it's a small group of people, and you get to know one another throughout the trip."She recalled a highlight from her first experience with AmaWaterways. While filming "Places to Love" on AmaPrima, as it sailed along the Rhine River, she witnessed this personal side to river cruising firsthand during a stop in Rudesheim, Germany. "I love when as a tourist you get to interact with a city's everyday life, and the staff of the AmaPrima helped me wrap up some of their nice snacks so I could have a little picnic in the park."AmaMagna will be significantly larger than AmaPrima and other ships in AmaWaterways' fleet. It will have unique river ship features like a wellness studio offering group fitness classes and a watersports platform, as well as several restaurants; a sun deck with a heated pool, hot tub and pop-up sky bar; and a concierge golf program, where passengers can play four top-level courses in various destinations. The ship primarily will sail the Danube River, through Austria, Germany, Hungary and Romania. It also will offer Christmas Markets and special wine-themed sailings.Traveling in Europe, especially by river cruise, comes with its own packing guidelines. Brown suggests these three must-pack items when going on a European river cruise: "Really good walking shoes, a crossbody bag, and a warm outer layer like a windbreaker in case the weather changes." (Check out Cruise Critic's own river cruise packing tips.)The seasoned traveler also offers these last words of wisdom, for anyone booked on or thinking about booking a river cruise: "Let the pace and movement of the river slow you down, so you're enjoying things at a more personal level."It's not just getting from destination to destination; it's being a part of a river that has transported people for 1,000s of years. That's powerful stuff!"AmaMagna will kick off its inaugural season on May 5, only a couple months before its christening ceremony. Stay tuned for more updates from Cruise Critic, leading up to this revolutionary ship's launch.