You may also like
Dismiss
Coronavirus: Updated Cruise Ship Policies and Cancellations Because of COVID-19 (2021)
Rolling Out the Deals: Why Now Might Be a Great Time to Book a Cruise
13 Times This Cruise Cat Was Absolutely Purr-fect For Halloween
Wave Season Cruise Deals 2021
Ships on the Move: Your Weekly Cruise Ship Round-Up
MSC Virtuosa to Return for Line’s Biggest Ever UK Season, MSC Cruises to Base Ship in the UK Year Round in 2022
Additional Cruise Lines Opt To Require COVID-19 Boosters
Royal Caribbean Unveils New Entertainment Line Up on World's Biggest Ship, Wonder of the Seas
A 'Thor: Love and Thunder' Cameo That Gets Cruise Fans Excited 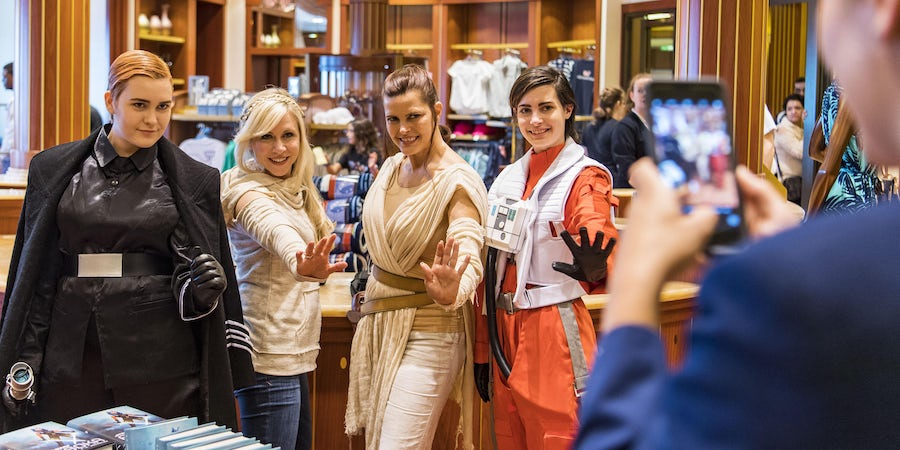 (12:40 p.m. EST) -- Get your light sabers and superhero capes ready: Disney Cruise Line will extend its popular Star Wars Day at Sea and Marvel Day at Sea voyages through early March 2020, with the addition of 18 cruises -- nine apiece for each.

In 2020, Star Wars Day at Sea sailings will be offered on nine Disney Fantasy seven-night Caribbean sailings, all of which depart from Port Canaveral (Orlando), Florida. Cruisers on these voyages will encounter some of the Star Wars universe's legendary characters including Darth Vader, Kylo Ren, Chewbacca, C-3PO and R2-D2. Activities range from live shows and Star Wars-themed family and kids' games to unique food and beverage options and special merchandise.

Between January and early March 2020, select five-night Disney Magic sailings out of Miami will feature Marvel Day at Sea (read all about one of these 2018 sailings). On these cruises, passengers will get to meet and greet an array of Marvel superheroes and villains including Captain America, Captain Marvel, Spider-Man, Iron Man and others. As with the Star Wars Day at Sea, activities will include live shows and themed games, along with special food, beverage and merchandise options.