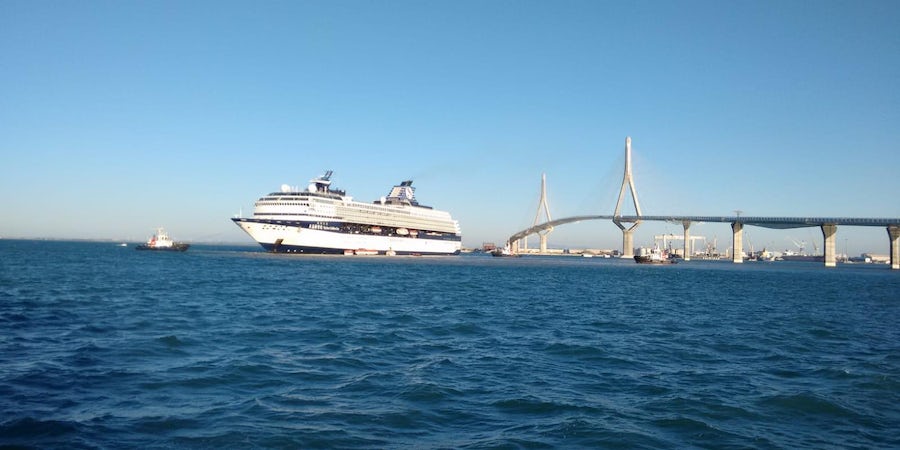 Marella Explorer 2 -- the first adults-only ship in the Marella Cruises fleet -- has entered dry dock in preparation for its launch in April.

The 1,814- passenger, 71-545 tonne vessel is undergoing an eight-week refurbishment in Cadiz, Spain. The 14-deck ship will have a total of 907 cabins, 49 percent with balconies.

Built in 1995 as Celebrity Century, and latterly sailing in China as SkySea Golden Era, Marella Explorer 2 will become the sixth ship in the Marella fleet and joint biggest, with sister Marella Explorer, the former Celebrity Galaxy.

Marella Explorer 2 will also have a Champneys Spa with a thermal suite, massage rooms with showers, and a beauty salon.

The ship will also feature the Asian-fusion restaurant Kora-La, Shake Shack and Surf and Turf.

Around 1,520 contractors, partners and members of the Marella Cruises team are involved in the refurbishment which will include 43 square kilometres of carpet being laid, along with more than 70 kilometres of network cabling and 640 Wi-Fi access points, and 1.5 tonnes of Marella-branded items, including crew uniforms and 1,000 costumes for the onboard entertainers.

The ship will leave the dry dock on March 27 before embarking on its maiden Mediterranean sailing from Palma de Mallorca on April 2. Marella Explorer 2 will spend its inaugural season in the Mediterranean based out of Naples before repositioning to Bridgetown, Barbados for the winter 2019 season.