You may also like
Dismiss
Coronavirus: Updated Cruise Ship Policies and Cancellations Because of COVID-19 (2021)
The Majestic Line Set to be First Cruise Line to Restart Cruising in the UK
Rolling Out the Deals: Why Now Might Be a Great Time to Book a Cruise
Wave Season Cruise Deals 2021
Ships on the Move: Your Weekly Cruise Ship Round-Up
Cruising the Newest Ship Afloat: Live From Celebrity Apex
"Cruising With…" Set to Return Next Year -- But Without Jane McDonald
U.K. Black Friday & Cyber Monday Cruise Deals -- Extended
MSC Cruises Extends Seasons of MSC Virtuosa Cruise Ship in the UK, MSC Bellissima in Dubai
Royal Caribbean Unveils New Entertainment Line Up on World's Biggest Ship, Wonder of the Seas 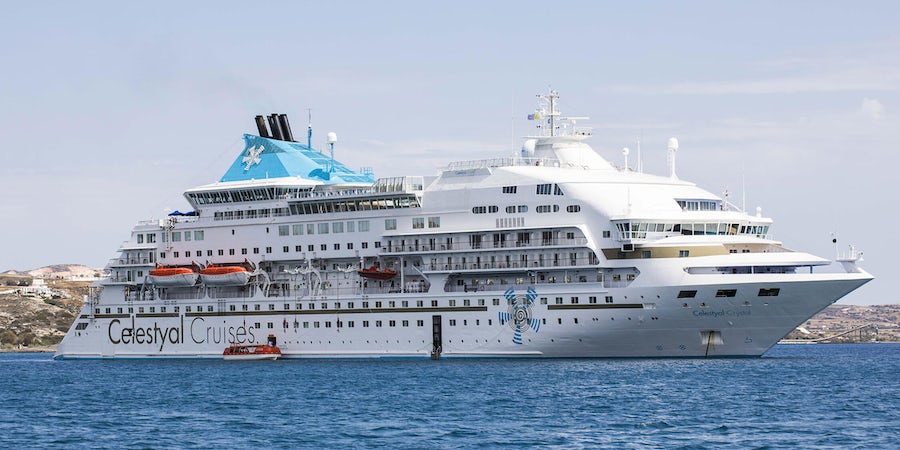 (4:30 p.m. GMT) The next series of "Cruising with Jane McDonald" will feature Jane sailing with Celestyal Cruises in Greece.

During the cruise, Jane explores Greece's rich history, samples the local food and drink, takes part in various fun activities such as pottery and cheese making -- and samples the nightlife in the party town of Mykonos.

This is her second time onboard Celestyal Crystal -- the star sailed around Cuba on the ship in series two in 2017.

Jane is currently appearing in a new format of the show -- "Cruising with Jane McDonald: Down Under" -- featuring three 30-minute episodes focusing on the same ship, in the same destination, with the next series following the same style.

Chris Theophilides​, CEO of Celestyal Cruises, commented: "We are honoured to be part of this wonderful series once again. Jane McDonald is synonymous with cruising in the UK and we are delighted to have had the opportunity to host her onboard Celestyal Crystal as it sailed around the Greek islands.

"In this episode, I truly believe that Jane conveys to the viewers what destination focused cruising with Celestyal Cruises is all about. I hope that viewers of the show enjoy it and we look forward to welcoming them onboard one of our ships soon."

Now approaching its sixth season (with a seventh on its way), Cruising with Jane McDonald picked up a BAFTA for Best Feature (TV) in 2018.