You may also like
Dismiss
Coronavirus: Updated Cruise Ship Policies and Cancellations Because of COVID-19 (2021)
Norwegian, Royal Caribbean Team Up To Create Cruise Health and Safety Protocols
In Industry Step Forward, CDC Seeks Public Comment On Cruise Resumption
What Happens to Cruise Ships During the Pandemic's Hurricane Season?
Rolling Out the Deals: Why Now Might Be a Great Time to Book a Cruise
Live From MSC Cruises' MSC Grandiosa: What's it Like Sailing on a Big Ship in the COVID Era?
Australia Extends Ban on Cruises to March 17, 2021
Galveston Port Director Says Disney Cruise Line to Limit Capacity, Enforce Embarkation Arrival Times
CDC to Make Masks Mandatory in Cruise Terminals, Cruise Ships in the U.S.
Norwegian Breakaway Cruise Ship Returns To New York: We Chat With NCL President Harry Sommer 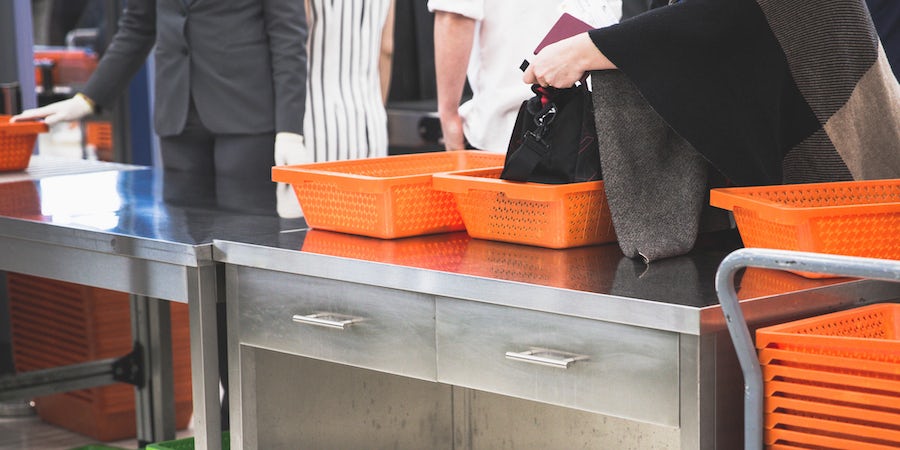 Airport security checks are already being affected by the shutdown (Photo: CRAFT24/Shutterstock)

Will My Cruise Be Affected by the 2019 Government Shutdown?

Airport security checks are already being affected by the shutdown (Photo: CRAFT24/Shutterstock)

(4:45 p.m. EST) -- Port authorities throughout the country say the 2019 U.S. government shutdown is not affecting cruise ship movements, with Port of Baltimore official Richard Scher noting that the ever-lengthening closure, now in its 21th day, has had "no impact. It is business as usual."

"Operations are continuing normally," Ellen Kennedy, assistant director of business development and communications at Port Everglades, told Cruise Critic. "We are monitoring Customs and Border Protection and Coast Guard services for any changes, but so far everything is operating smoothly."

However, the shutdown could affect passengers' experiences at several national parks, some of which are currently closed. Others remain open but have reduced services or limited offerings.

"...the airport security lines were short and moving well," member new_cruiser reported. "Staffing seemed to be at normal level. Our interactions were brief, as we were TSA pre-check."

"TSA screeners and CBP inspectors are essential workers," added member Aquahound. "They work as usual. However, you might still see fewer workers at the ports and airports because all admin staff are sent home, and it is very difficult to work overtime shifts during a shutdown."

But Miami International Airport announced Friday that, effective 1 p.m. Saturday, the facility will close one of its terminals for three days, due to expected shortages of TSA employees, many of whom are calling in sick in lieu of working without pay. Airport representative Jack Varela told Cruise Critic that the closure will happen at terminal G for at least three days, and affected flights will be serviced by terminals F and H.

Notices on the airport's website and social media accounts warn travelers to arrive at least two hours early for domestic flights and three hours early for international ones.

wrote a letter to President Trump and Congressional leaders last week, warning that the shutdown "is already causing numerous problems at our nation's airports, such as longer wait times at TSA checkpoints and CBP Customs and Border Protection air ports-of-entry, suspended reviews of airport infrastructure improvement projects that could delay them beyond the spring/summer construction season, and canceled Global Entry interviews for hundreds of prospective enrollees."

Although cruise travel is unaffected right now, officials are speculating that the shutdown's effects could linger, telling Cruise Critic that the biggest impact to the cruise industry is likely to come later.

"We are hopeful that the shutdown will end soon," said Cindy Burman, who handles customer service for Cruise Maryland. "I think the impact will be on the long term, with families not taking vacations due to financial reasons."