You may also like
Dismiss
Coronavirus: Updated Cruise Ship Policies and Cancellations Because of COVID-19 (2021)
Rolling Out the Deals: Why Now Might Be a Great Time to Book a Cruise
Marella Cruises Reveals New 2021/22 Itineraries to the US, Caribbean and Asia
Royal Caribbean's Anthem of the Seas Cruise Ship to be Based in Southampton in 2021
Wave Season Cruise Deals 2021
Popular Royal Caribbean Cruise Ship To Homeport From Barbados For First Time
U.K. Black Friday & Cyber Monday Cruise Deals -- Extended
MSC Virtuosa to Return for Line’s Biggest Ever UK Season, MSC Cruises to Base Ship in the UK Year Round in 2022
MSC Cruises Extends Seasons of MSC Virtuosa Cruise Ship in the UK, MSC Bellissima in Dubai
These Ships Are Coming Back To The U.S. in 2022: Here’s Why You Should Care 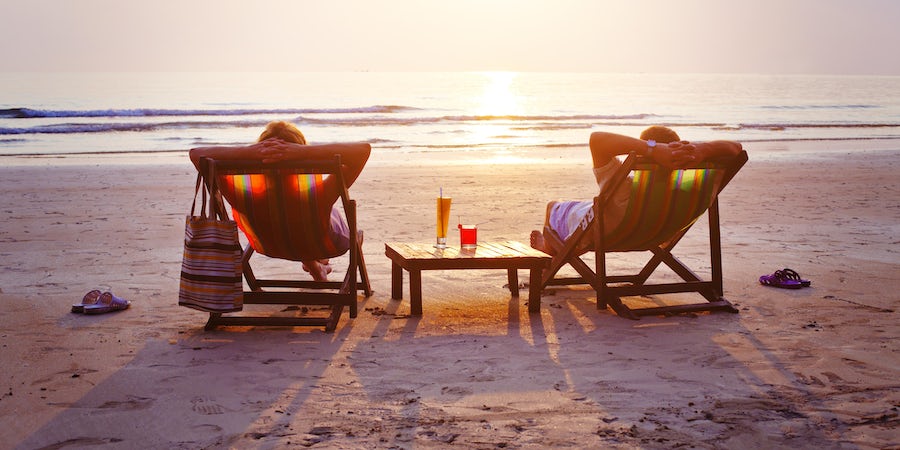 New Itineraries You Can Book for Summer 2020 and Beyond

(4 p.m. EST) -- From expanded voyages to the Caribbean and the Panama Canal to active river cruising through Europe, there are plenty of itineraries to get excited about for summer 2020 and beyond. Right through to 2021, cruise lines are pulling out all the stops, crafting interesting and unique itineraries that explore more of the world's oceans than ever before.

A renewed focus on so-called "homeport" cruising means extra options for close-to-home destinations like Alaska and the Mexican Riviera, while Europhiles will find plenty to love about the Mediterranean and Northern Europe as cruise lines sail into the future.

Below is a sneak peek at the itineraries on offer, as well as some of the lines going there, so you can start planning your next at-sea adventure.

Want more travel inspiration? Check out our picks for the 9 hottest cruise destinations in 2019, as well as a breakdown of destinations that continue to shine year after year.

Princess Cruises won't be stopping its Caribbean program once spring has sprung. Instead, it will offer a complete program of year-round Caribbean voyages from April through July 2020 aboard Caribbean Princess.

Keeping with the expanded Caribbean theme, Norwegian Cruise Line is pulling out all the stops in the region as summer transitions into fall.

Norwegian will also base Norwegian Encore in Miami during winter 2020, with a mix of seven-night Western Caribbean cruises and exciting 12- and 13-night cruises to the Panama Canal. The latter will stop in Puerto Plata, Bonaire, Curacao, Aruba, Colombia's Cartagena and Santa Marta, Colon and Puerto Limon.

Norwegian Escape, meanwhile, will be based in Port Canaveral, sailing five- and seven-night Eastern and Western Caribbean itineraries. Sister ship Norwegian Breakaway will return to New Orleans November 22, 2020, to operate weeklong voyages to the Western Caribbean.

Norwegian Jade, meanwhile, will be based out of Tampa and operate a variety of Western and Southern Caribbean cruises from November 22, 2020, until April 11, 2021. Also operating a mix of Caribbean itineraries is Norwegian Pearl, which will sail Western and Southern Caribbean cruises along with Panama Canal itineraries that include a partial transit of the waterway. Shorter four- and five-night getaways will visit a variety of ports in the Caribbean and Bahamas.

Norwegian Cruise Line isn't excluding West Coast cruisers in 2020, either. Beginning in October of that year, Norwegian Bliss will operate a wide array of five- to seven-night voyages in the Mexican Riviera. Sailing roundtrip from Los Angeles, these cruises will include port stops in Cabo San Lucas, Mazatlan, Puerto Vallarta and Ensenada.

Additional stops in the Mexican Riviera will also be made on select 16-night Panama Canal cruises between Los Angeles and Miami.

River cruising doesn't have to be a sedentary experience: AmaWaterways has upped its partnership with outdoor company Backroads to offer more than 120 active river cruises in 2019 and 2020. These sailings along the Danube, Rhine, Seine and Douro rivers will give passengers the chance to cycle through some of the most beautiful cities and towns in Europe. A handful of itineraries will be offered on AmaWaterways' new extra-wide ship, AmaMagna, which makes its debut in spring 2019.

Luxury line Regent Seven Seas Cruises' second Explorer-class ship, Seven Seas Splendor, will debut in fall 2020 with a series of cruises throughout the Mediterranean, and Northern and Western Europe. Cruisers can choose from a variety of departure cities, including Venice, Rome, Barcelona, Monte Carlo, Athens, Istanbul and Southampton, taking advantage of the line's pre-cruise stay package, among other fare inclusions. The ship's inaugural season in Europe concludes November 13, 2020, with "The Perfect Sojourn," a transatlantic crossing between Barcelona and Miami.

Another new ship, Celebrity Cruises' Apex, will visit the Mediterranean during its maiden season in Europe. The ship will spend most of summer 2020 sailing seven- to 12-night Mediterranean cruises from Barcelona and Rome. Port highlights, depending on the itinerary, include Naples, Florence, Nice, Cannes, Monte Carlo, Palma de Mallorca, Ibiza and Valencia. Select cruises also will stop in Lisbon and Valletta.

The year 2020 will mark Holland America's return to Turkey after the line became one of many to axe visits to the country in July 2016 in the wake of a military coup attempt. (Royal Caribbean and Viking Ocean Cruises are among other lines that have revealed they are also returning to Turkey.) Nieuw Amsterdam will spend a full season in the Mediterranean, offering 12-night cruises to Greece, Turkey and Italy roundtrip from Venice, or between Venice and Barcelona or Rome. The ship also will sail 12-night "Adriatic Dream" and "Greek Odyssey" itineraries between Venice and Rome.

Meanwhile, Carnival revealed it would return to Europe in 2020 with a series of Mediterranean cruises on Carnival Radiance (currently sailing as Carnival Victory); Carnival Legend also will offer select 12-night cruises between Venice and Barcelona, with stops in Marseilles, Livorno (Florence/Pisa), Rome, Naples, Kotor, Corfu, Valletta Dubrovnik and Rijeka.

For the fall 2020 cruise season, Princess Cruises is offering a total of 16 departures on five Canada & New England itineraries that range in length from five to 16 nights.

The crown jewel of these itineraries is the 16-night "Greenland & Canada" cruise that departs August 17, 2020, aboard Caribbean Princess. Sailing roundtrip from New York, this unique voyage traverses the Canadian Maritimes before leaving room to explore Greenland -- no transatlantic flying required. Calls on Nuuk, Nanortalik and Qaqortoq, Greenland, are supplemented by stops along the way in the Canadian ports of Halifax and Sydney, as well as St. John's.

Despite its temperate weather conditions, Alaska is shaping up to be among the hottest cruise destinations in 2020, with an increasing number of options for ship, departure port, itinerary and ports of call.

Princess Cruises will sail 11 cruise-only itineraries and 25 cruisetour options in Alaska and British Columbia in 2020. Golden Princess will debut a full season of 14-night Inside Passage itineraries roundtrip from Los Angeles with a visit to Hubbard Glacier.

New for 2020 is Princess Cruises' 17-night "Ultimate Cruisetour," which combines a weeklong cruise with 10 nights on land and two nights apiece at each Princess Wilderness Lodge in Alaska.

Cunard also will return to Alaska in 2020 after a multi-year hiatus. Learn more about its new itineraries.

Additionally, Carnival will sail from San Francisco for the first time ever in 2020, with a summer season in Alaska. See the dates and details, as well as other destinations the line will offer from the northern California port.