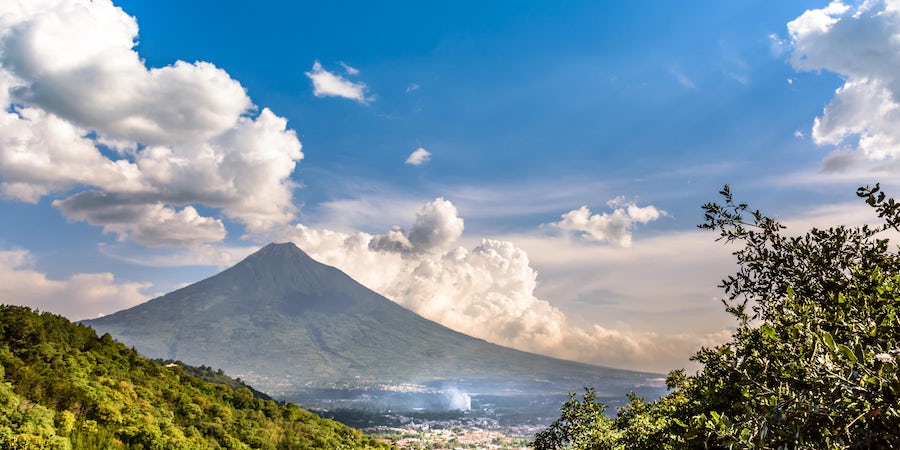 A Recap on Our Favorite Cruise Destinations of 2018

Last year when we predicted the Hottest Cruise Destinations 2018, we had no idea what the year would hold. But it turns out many of these destinations have only grown in popularity, and we were able to put our cabin key where our mouth was -- so to speak -- getting out there and sailing from the Upper Mekong River to the dramatic coastline of Atlantic Canada.

Here's why our 2018 picks are still prime choices for cruising this year, and how you can get there in 2019. Need something new? Check out our all-new list of best cruise destinations for 2019.

The Upper Mekong, which runs from Laos and Burma (Myanmar) to China, continues to increase in popularity with river cruisers. In 2018 we were able to experience a voyage aboard Champa Pandaw; Pandaw remains one of the only lines that sails here. Conde Nast Traveler named the entire Southeast Asia region Destination of the Year for 2019.

In addition to the capital city of Maputo, cruise lines such as Seabourn, Silversea and MSC Cruises will sail to the secluded beaches of Portuguese Island (Inhaca) off the coast of Mozambique in 2019.

Atlantic Canada is still summer's best-kept secret, and the French territory of Saint Pierre et Miquelon manages to attract a few cruise ships without drawing the attention of the masses. Sail there in May 2019 on a 10-night cruise from New York aboard Hurtigruten's Fram, or head out after Labor Day next September on a Holland America sailing from Boston to Quebec City.

This remote and wondrous region of Western Australia is a bucket-list item that we don't see leaving cruisers' lists anytime soon. Perth, a city on the southern tip of Western Australia, has been getting some hype heading into 2019, which makes it a viable option for a pre- or post-cruise stay. Perth is a 2.5-hour flight from Broome, where most Kimberley cruises kick off. Lines sailing the Kimberley in 2019 include Coral Expeditions, APT and Aurora Expeditions.

Not only does Antigua continue to shine on as an Eastern Caribbean gem, but its twin island Barbuda -- once devastated by Hurricane Irma -- is also open to cruisers in 2019. Right now Windstar is the only line calling on tiny Barbuda, but nearly every major cruise line around makes stops in Antigua. There, cruisers can enjoy their pick of sublime (and free) beaches or journey to the island's highest point, Mount Obama, named after the 44th president of the United States.

For all the popularity of Dubrovnik in recent years, cruisers are still discovering the magnanimous charms of the smaller cities and islands of Croatia -- and there's no shortage of sailings, from Variety Cruises to Ponant. The final season of the worldwide phenomenon "Game of Thrones" airs in 2019; as the site of many iconic filming locations, Croatia will continue to stick in travelers' and fans' collective conscience.

Cruise itineraries to the continent of Antarctica are becoming more remote than ever, while ways to get there by ship have noticeably increased. Cruise lines are investing in new ships and hardware that enables ships to navigate polar climates -- to bring cruisers to Antarctica who have "been there, done that" with the budget to keep exploring. Lindblad Expeditions, for example, will debut its first new polar-class ship, the National Geographic Endurance, in 2020; it will visit some of the least-tread destinations on earth, including Western Antarctica. With concerns about global warming on the rise, many cruisers are flocking to Polar Regions to witness the remaining ice shelfs and endemic wildlife, firsthand.

You can't go wrong with Japan, and the world of cruising is catching on quickly. We identified Japan as a hot destination for 2018 and Travel & Leisure agreed, retroactively naming it the brand's Destination of the Year. The cacophony of Tokyo, the world's most populated city, is balanced with the quiet of the country's numerous temples and shrines, and an emphasis on harmony with nature. Ports like Osaka are expanding, due to the popularity of their cruise business. Princess Cruises continues its Japan-centric cruisetours into 2019, along with many other lines such as Tauck and Azamara.

Cruising through South America is not the first or even second choice for many Americans, which means the continent doesn't have the same rigorous schedule of mega-ships that many other sunny locales do. Case in point is Brazil, which of course has the welcoming and redeeming arms of Rio, but also other less-visited ports like Salvador -- named as a city to watch in 2019 by National Geographic Traveler. Sail there on a Seabourn cruise that calls on eight ports throughout Brazil, including scenic sailing through the Amazon River.

The Sea of Cortez, located in this region of Mexico, is still the treasure trove of natural splendor for which expedition cruising was made. In 2019, Lindblad and UnCruise continue to dominate short to weeklong immersion in this body of water. Princess Cruises sails 10 nights to Baja Sur roundtrip from LA in February; Windstar is sailing a special weeklong sailing, which includes La Paz, Loreto, Cabo and Puerto Vallarta from San Diego, in October.