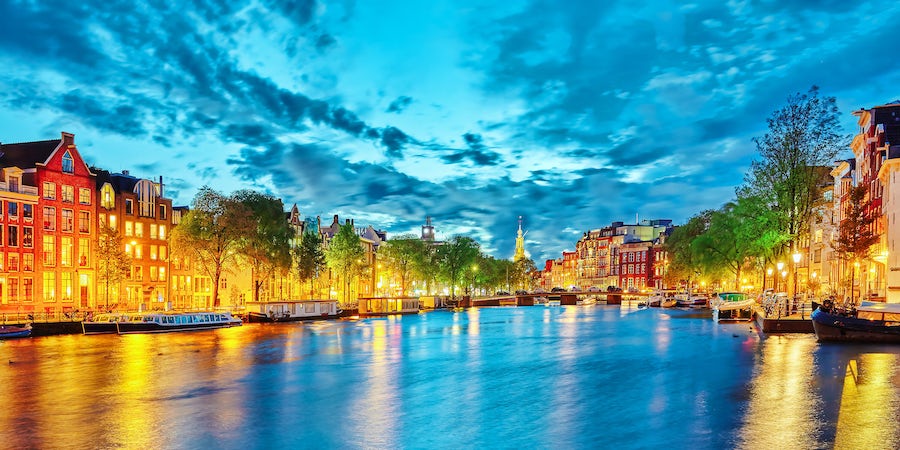 (Updated January 3, 2019; 5:35 p.m. EST) -- Update: MSC Cruises has confirmed that all future calls to Amsterdam have been canceled at this time and replaced with Rotterdam.

Cruise & Maritime Voyages (CMV) today revealed it will replace most of its scheduled Amsterdam calls following the introduction of a controversial new tourist tax that will apply to all cruisers stopping over (not those who start or end their cruise) in the city.

The line's decision follows reports that MSC Cruises also will drop the capital city of the Netherlands in protest against the decision by the City Council of Amsterdam to impose a tourist tax levy of €8 (roughly $9 and AU$13) per person for all cruise passengers beginning January 1, 2019, according to the Municipality of Amsterdam's

. MSC Cruises is not commenting on the decision.

Meanwhile CLIA -- Cruise Lines Industry Association, which represents the cruise sector -- said its members were "disappointed" at the move by Amsterdam.

A statement read: "CLIA and its members are disappointed that the City of Amsterdam has introduced its day tourist tax which applies to all transit passengers (older than 3 years) and is charged per 24-hour period.

"This means that cruise passengers visiting Amsterdam, who already pay a significant amount in port fees and other tariffs, will have to pay a further €8 per 24-hour period that they remain in the city, whilst other day tourists, who arrive in Amsterdam by train, bus or car, would not have to pay a day tourist tax and do not also pay port or other fees.

"It is self-evident that the contribution of cruise passengers is extremely disproportionate.

We also reiterate that the planned implementation time for this tax of just two months is far too short. Tickets for cruises are typically sold one to two years in advance and some companies may not be in a position to absorb this additional cost, and as a consequence there is a real risk of call cancellations, which could result in a budget deficit of several million euros for the City of Amsterdam as a result of reduced fees collected by the Port of Amsterdam."

CMV said after nine years and "much deliberation," it had decided to cancel the vast majority of scheduled Amsterdam calls in summer 2019 and 2020. In total, 30 calls aboard Columbus and seven on Magellan will be redeployed to Rotterdam, affecting more than 50,000 passengers.

The line started sailing to Amsterdam in 2010, bringing thousands of passengers to the city.

CMV's CEO Christian Verhounig, said the line organized its schedules and fares a long time in advance, and 80 percent of CMV's capacity was already sold for 2019.

He added: "The late introduction of these late and un-phased changes are therefore not budgeted and simply cannot be absorbed. The local politicians have failed to acknowledge or understand that the cruising industry plans their budgets two to three years ahead and have been unwilling to look into a proper implementation of the schedule. Fortunately, we have mobile assets and when forced by short-term political objectives, can change our programming."

Chris Coates, CMV's group commercial director, said the line had always enjoyed an excellent relationship with the port of Amsterdam and it was "particularly disappointing" to have to make the decision in the light of the new tax.

The Municipality of Amsterdam's website said the increased tax is in response to heavy demands on the city and its public spaces, as a result of large numbers of tourists.

Holland America, a company with strong Dutch roots, told Cruise Critic the line will continue to call and turn cruises in Amsterdam, as scheduled.

P&O Cruises also said: "We have no plans to change any itineraries."

Other cruise lines will continue to monitor the situation, before making a decision.

Fred.Olsen Cruise Lines' commercial director, Peter Deer, said in a statement: "We look at the overall cost of the call, guest satisfaction and a balanced itinerary, in order to give our guests the very best experience. Notwithstanding, we will remove ports that are excessive in their charges."

A spokesperson for Royal Caribbean added: "We always factor in the cost of destinations, including taxes, as part of our decision-making process of the ports we call. An increase in fees will make a destination less competitive and is likely to result in decreased calls."

Among the other lines with Amsterdam calls scheduled through next year are Princess Cruises, Norwegian Cruise Line, Cunard, Viking Ocean Cruises, Costa Cruises and Marella Cruises. Most river cruise lines use Amsterdam as a departure port, and likely would not be affected.

Cruise Critic has contacted all the lines, and will continue to update this story as more information becomes available.