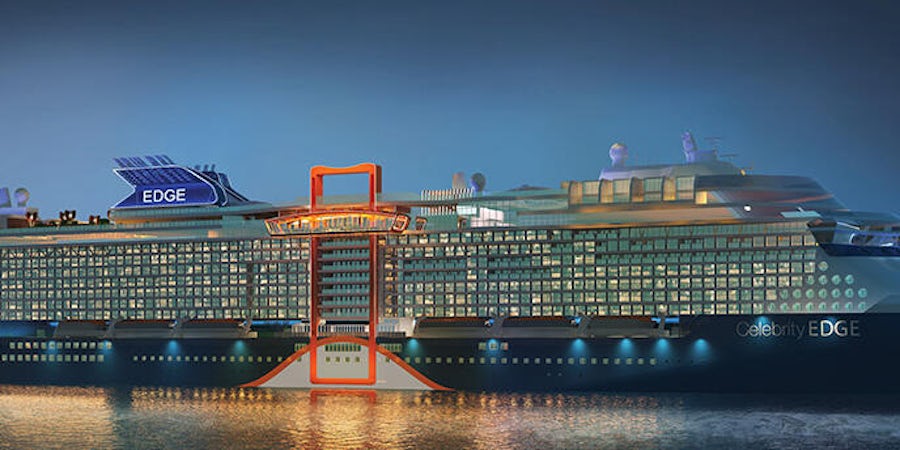 (9.23 p.m. GMT) -- Celebrity Cruises will host the biggest ever UK event in its history when Celebrity Edge visits Southampton next May.

The festival will see a new ship taken out of revenue service during a season for the first time ever, which is a testament to the strength of the UK market, according to UK managing director, Jo Rzymowska.

Speaking onboard Edge last week, Rzymowska told Cruise Critic: "We're really excited Edge is going to be coming into the UK on May 13th next year.

"And for the first time ever in the history of the brand we are taking the ship out of revenue service for two nights and that shows just how important the UK is."

She added: "And Celebrity Cruises CEO Lisa Lutoff-Perlo realises the importance of the UK and Irish market.

"It's a "Festival of Edge" as we're calling it. The activities onboard will be everything that we are currently doing now. It will be the biggest event Celebrity Cruises has held in the UK and Irish market."

She was unable to give too many details at this stage, just that it would be similar to last week's launch, a two-day showcase of all the ship's features.

Two celebrities were onboard last week -- explorer and Celebrity's shore excursion expert, Ben Fogle; and "Britain's Got Talent" judge Alesha Dixon. Rzymowska said there would be some big names at the May event, but that the line was still negotiating who.

After that, the ship will host the start of the CLIA conference on May 15, while repositioning to Barcelona for a 10-night cruise. Edge will divide its time between Barcelona and Rome for the rest of the summer, before heading back to Fort Lauderdale.

Rzymowska said all this activity was a precursor to the main event -- the arrival of sister ship Celebrity Apex, which will be based in the UK for a mini-season from spring 2020.

She said it was too early to say whether there would be any tweaks ahead of the ship's launch next year.