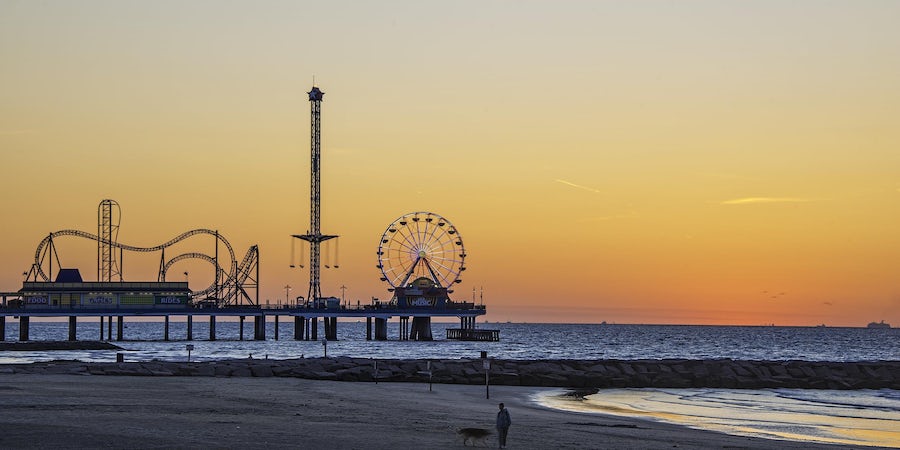 (4:40 p.m. EST) -- One of the biggest cruise ships in the world might soon call Galveston, Texas, home. Royal Caribbean and the Port of Galveston today signed a memorandum of understanding for a new $100 million terminal that would be able to accommodate an Oasis-class ship, according to multiple local outlets, including the

"When we're investing this heavily in the construction of a terminal and entering into long-term lease agreements, then that usually signifies that we will be bringing our ships such as the Oasis class," said Michael Bayley, president and CEO of Royal Caribbean International, according to the report.

The new terminal, slated to open in fall 2021, would encompass 200,000 square feet on the southeast side of the port at Pier 10. Royal Caribbean aims to bring some of its largest ships to Galveston, the report reads. The Board of Trustees of the Galveston Wharves must approve the agreement, before construction can begin.

Royal Caribbean currently has three ships based in Galveston: Enchantment of the Seas, Liberty of the Seas and Vision of the Seas.

Cruise Critic members on the Royal Caribbean forums speculate what itineraries might be offered if an Oasis-class ship were to homeport there.

"I would be excited about this if they offered longer Eastern or Southern itineraries out of Galveston, but the same 'ol Western routes make me exclude Galveston completely," said Cruise Critic member The Fun Researcher.

"We had a wonderful time on the Liberty this past New Years, but were reminded again that we prefer the Eastern Caribbean. Our only option for Western ports is to find a good all inclusive for the day."

Added Cruise Critic member twangster: "A lot of frequent TX cruisers have been to all the ports anyways so... the ship is the destination - right?

"If this continues to progress it will be interesting to see what they do and what other ships do. Will Liberty move? Will other ships offer longer itineraries to spice things up? Perfect Day from TX?"

The Port of Galveston recently welcomed another big ship, when Carnival Vista repositioned there from Miami in September 2018.