You may also like
Dismiss
Cruising the Newest Ship Afloat: Live From Celebrity Apex
7 Highlights From a Week Onboard Celebrity Apex
Live From Celebrity Edge: A Cruise That Seems Normal Again; "I'm So Hopeful"
Royal Caribbean's Odyssey of The Seas Cruise Ship Officially Christened
Emerald Cruises Officially Launches in Australia
Celebrity Beyond Completes Sea Trials; Moves One Step Closer to Debut
Ambassador Cruise Line Sees Potential Expansion Into International Cruises
NCL Reveals More Dining, Design Details on New Cruise Ships Norwegian Prima and Norwegian Viva
These Ships Are Coming Back To The U.S. in 2022: Here’s Why You Should Care
Live from Grandeur of the Seas: The Beloved Lady G Cruise Ship Still Reigns 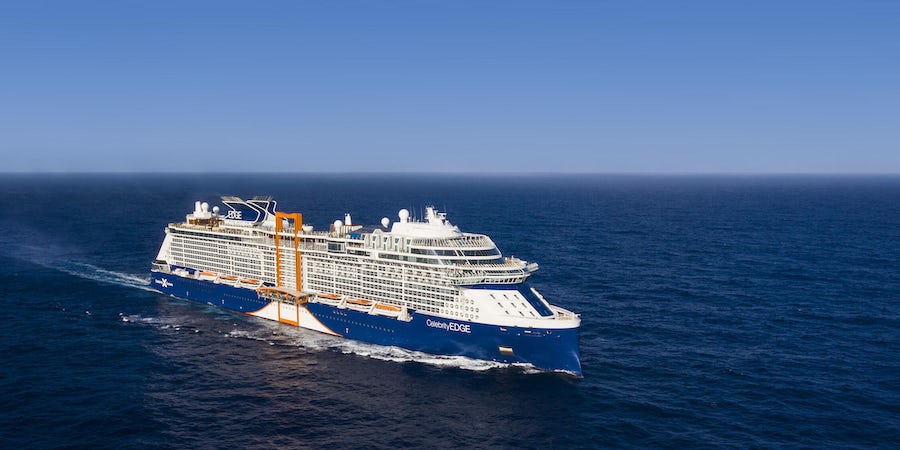 We feel like we've been talking about Celebrity Edge for years -- probably because we have. The first new Celebrity Cruises ship since 2012 is finally here, and it's a blockbuster.

The ship, which made its way to Fort Lauderdale last week, is running a series of short sailings to give journalists and travel agents a chance to get a taste of one of the hottest vessels at sea. With 29 restaurants, bars and lounges and an enormous selection of cabins (from single-occupancy balcony staterooms to the two 1,892-square-foot Iconic Suites), the ship is a crowd-pleaser.

Look for more Cruise Critic coverage of the newest ship at sea over the coming weeks, but in the meantime, check out our five favorite features on Celebrity Edge.

Most of the balcony cabins on Celebrity Edge are actually designated as Infinite Verandahs. That's a fancy way of saying the balconies are actually a part of the inside of the cabin. By pressing a button, passengers can drop down windows to create the actual balcony and get fresh sea breezes. Balcony furniture sits in the sunlight, and you can close two folding glass doors behind you to get the true balcony effect. Infinite verandahs make the room feel much more spacious -- because they actually are, provide almost 30 square feet of additional space.

They also allow in huge amounts of natural light, thanks to the floor-to-ceiling glass. This is a concept that originated on river cruise ships, but Celebrity has made it work perfectly on Edge, and we suspect more lines will follow suit in the coming years.

One of the most-talked about features on Celebrity Edge is its Magic Carpet, a tennis court-sized deck that hangs off the side of the ship and functions in different ways depending on its location and time of day. It might serve as a dinner spot, lounge or outdoor addition to the Raw on 5 restaurant. But perhaps our favorite function is as a spot for cruisers to more safely get onboard the ship's tender boats (called "launches" on Edge).

We tried it out on our sailing, and the Magic Carpet successfully removes many of the issues that can make getting on tender boats more difficult -- especially for those with mobility concerns. Passengers visit the Destination Gateway on Deck 2, where they wait in a large open space and maybe grab a drink from the onsite bar. From there, they clear security and head to the Magic Carpet, which lines up with the doors to the launch. There are no stairs to navigate, no shifting gangways to walk over. The process is smooth and easy to handle. Yes, you'll still have to manage a few waves (seas tend to have them), but we found the overall procedure was a breeze.

Celebrity Edge is unquestioningly jaw-dropping when it comes to design. You'll catch yourself in awe as you explore the various venues, including the magnificent Grand Plaza, which features an enormous LED chandelier that puts on a series of light shows at night.

Celebrity tapped some big-name designers -- Kelly Hoppen and Tom Wright, among others -- who had loads of experience with hotels but none with cruise ships. The result: The ship doesn't feature many of the standard items we've come to expect on a cruise. There's no large, open main dining room, no photo gallery. Instead, every space is creative, with statement furniture and art pieces, bold use of natural lighting and technology we've come to expect on land.

For instance, the ship employs ramp designs on its pool deck, extending it to two cohesive levels. It does the same in Eden, its beautiful restaurant and entertainment complex. Even its Oceanview Cafe buffet features two-story high windows. The flow onboard works well, and passengers can move from pre-dinner drink to dinner to a show to a late-night party without getting lost or walking miles.

Designed by Hoppen, Edge's spa is beautifully contemporary and serene. The soothing gray color palette -- which permeates the whole ship -- adds a general calm to the space, which features punches of black and white and artistic tile work. The layout fits perfectly with the ship's theme, which is to connect the spaces to the ocean. In the thermal suite, many of the rooms, including the crystal and salt rooms face out, toward the sea. So do the ship's ceramic lounge chairs. It makes you want to spend more time in the thermal suite, which is available to all passengers in suites and AquaClass cabins as well as to those who purchase a pass.

The fitness center is also wonderfully appointed, with modern TechnoGym equipment and a wide variety of classes. The ship even has Peloton bikes for use by those who are staying in suites or who have existing Peloton accounts.  We're crazy for the classes, which include options like RYDE and bungee (for fees). But our favorite fitness feature actually is the ship's jogging track, which spans two decks and features a steep incline along with a meandering decline. There's no other track like it at sea, and on our cruise, walkers and runners spent a lot of time there, especially at sunrise and sunset.

Celebrity Cruises' parent company Royal Caribbean Cruises Ltd. has partnered with the World Wildlife Fund, just one demonstration of the company's commitment to the environment. Onboard Celebrity Edge this commitment is also apparent and passengers will definitely notice areas the company has elected to go green. For one, there are very few single-use plastics onboard; drinking straws are paper, and water-for-purchase is served in glass or aluminum bottles. At the fitness center, cups for water are paper, rather than plastic. Additionally, cabins are designed to be energy efficient, and air conditioning will not run if your balcony window is open.

What passengers won't see are the improvements made to the ship's waste-purification and emissions purification systems, both of which make the ship more efficient and environmentally friendly. According to Celebrity Cruises' president, Lisa Lutoff-Perlo, Celebrity Edge is 20 percent more efficient than ships in the line's Solstice Class.