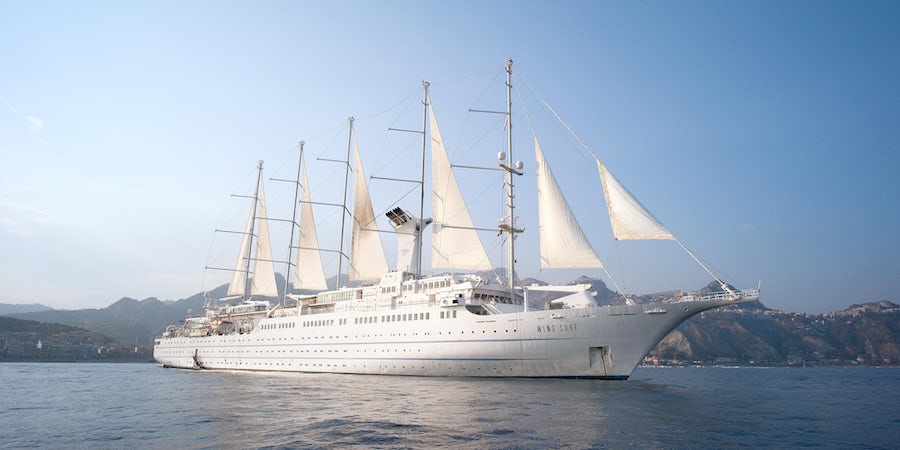 The tiny Caribbean island of Barbuda was so hard hit by last year's hurricanes, that all of its inhabitants were evacuated; many relocated to the less-affected sister island of Antigua.

Since that time, families have returned to their homes to rebuild, but Windstar's call indicates the return of tourism to Barbuda -- a destination being marketed as "eco-friendly, high-value and low-volume," according to a news release.

"Small cruise lines such as Windstar that offer a more personal and authentic experience are ideal for the picturesque shores of Barbuda," said Asha Frank, Barbuda's council chair of tourism, culture, sports and youth affairs, in the release. "We welcome Windstar and thank them for the huge support of our local businesses."

The 310-passenger Wind Surf is the largest ship in the Windstar fleet, and the motor-yacht will call on Barbuda every other week from now through March, marking nine calls in total.

"Windstar's return is the result of a lot of lobbying by the Ministry of Tourism, The Antigua and Barbuda Tourism Authority and our cruise partners who have been attending major cruise conferences since 2017, encouraging the smaller cruise lines to return to Barbuda," said Charles Fernandez, the minister of tourism and investment, in the release. "This is a vote of confidence in Barbuda, and the services and tours that will be available for guests of the ship to enjoy."

"As a result of the work done reassuring cruise lines that Barbuda is open for business, Barbuda will also see additional calls from other scheduled cruise ships as the season goes into high gear," says Colin C. James, CEO of the Antigua and Barbuda Tourism Authority.

A variety of cruise lines call on St. John's, Antigua, but the names of other cruise ships calling on Barbuda in 2019 have yet to be publicized.