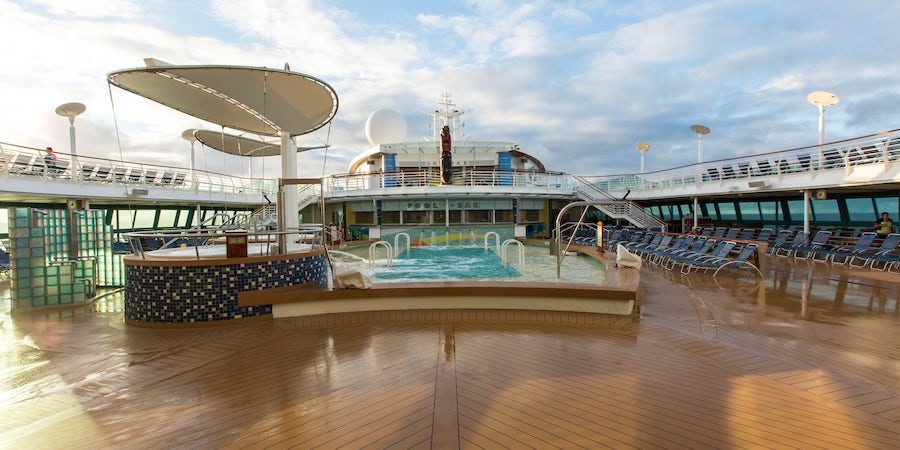 Just Back From: A Bravo Cruise of the Performing Arts

(10:00 a.m. AEST) -- It turns out you don’t need to be a huge classical music fan to enjoy a Bravo Cruise of the Performing Arts. This popular Cruiseco theme cruise has been running for five years and brings together big-name stars such as Todd McKenney, Teddy Tahu-Rhodes, Tom Burlinson and Rhonda Burchmore as well as lesser known performers to create an entertaining multi-stage showtime at sea.

While performing arts lovers will be in their element, most acts are mainstream enough to have broad appeal. If you know tunes such as Frank Sinatra’s ‘New York, New York’, ‘Ave Maria’, ‘Boogie Woogie Bugle Boy’, ‘Moondance’ and any of the hits from Phantom of the Opera, you’ll find plenty of music to enjoy in the main theatre and at other venues around the ship.

We boarded Radiance of the Seas in Sydney to discover whether an eight-night performing arts cruise hits the high notes for music-loving cruisers after something a little different.

Musical performances take place throughout the ship but with so many music fans onboard there is a system in place to ensure everyone gets to see the evening show. Passengers have a different coloured Sea Pass card – pink or gold – that determines which show time they can attend in the main theatre. With other performances, passengers simply turn up when it suits them.

Just like a regular cruise, Royal Caribbean’s Cruise Compass daily program is placed in your stateroom at turn down so you can see which shows are taking place the following day. A list of the headliner shows in the main theatre is also provided on Day 1 so passengers on the early dinner seating can plan their specialty dining around their favourite acts.

Dining also follows a format that is slightly different to a regular cruise. Think of it as a blend between traditional dining and My Time dining. Diners are assigned a set dining time of 5.30 p.m. or 8 p.m. to ensure they finish dinner in time to catch their designated show. If you arrive as a group, you can choose to sit together. Couples can request a table for two or mix things up and sit with different people each night. It is an effective system that works extremely well, especially for Bravo passengers who usually eschew traditional dining on other cruises.

Our Bravo Cruise explored the tropical waters of the South Pacific which made for a pleasantly casual onboard vibe during the day. Shorts, T-shirts, swimwear and thongs were the norm. Passengers generally dressed up for their night at the theatre and dinner in the main dining room each night. Ladies favoured closed-toe shoes or sandals, knee-length dresses, pants and blouses, while men looked smart in collared shirts and khakis. The Captain’s Cocktail Reception saw plenty of sparkly cocktail frocks and elegant long dresses. A Great Gatsby Soiree theme evening took the place of a second formal night, with some fabulous outfits seen around the ship.

While many cruisers book based on the headliners it was often the lesser known acts which impressed us the most. That’s not to say the headliners don’t deliver superb entertainment - they do - but surprises such as The Hamiltons, a lively jazz-infused family trio, and the sublime 1940s inspired Pacific Belles were a highlight and drew an appreciative crowd which grew bigger each time they performed.

Meanwhile, singer, conductor and teacher Jonathon Welch, of Choir of Hard Knocks fame, rehearsed a choir of enthusiastic passengers. If you fancy flexing your own vocal muscles in the main theatre there’s a chance to do that too, with the Bravo Passenger Choir performing with the Celtic Tenors half way through the cruise.

Perhaps the best thing about our Bravo Cruise was the overall quality of the onboard entertainment which was akin to a musical cruise ship buffet. Just like the buffet on Level 11 in the Windjammer, not everything will be to your taste but there is always something to tempt you.

One of the best things about our Bravo Cruise was also one of the worst. So, how can that be? It all comes down to seating. On a cruise ship, the secondary venues for musical entertainment such as the atrium and some bars are typically used for easy listening performers which passengers tend to enjoy for a while and then move on.

However, all the acts were so good on our Bravo Cruise that it was standing room only for everyone except the lucky 50 or so who got to these venues up to an hour early to snag a seat. Even with extra rows of chairs added, this was a problem for the many mature cruisers onboard as atrium performances lasted up to one and a half hours in some instances.

Get in early if you want a prime seat for the evening show in the main theatre, or any seat at all in atrium or Schooner Bar. And get in late when it comes to dinner. The later 8 p.m. dinner seating is the way to go as it is more relaxing and gives you more choice when it comes to how to spend your evening. Being able to enjoy a pre-dinner drink followed by the 6 p.m. show with no need to rush through dinner to make it to the main theatre gave us plenty of flexibility when it came to enjoying the specialty restaurants after the show (a top tip if you don’t want to wait until 8 p.m. to eat).

One final tip is to give an act you wouldn’t normally rush to a try. The recital by soloist Clem Leske in the main theatre was the first time I’ve watched an hour of classical piano but it won’t be the last.