You may also like
Dismiss
2019 Atlantic Hurricane Season Outlook: What Cruisers Need to Know
P&O Cruises Reveals Gary Barlow as New Cruise Ambassador and Musical Director
Coronavirus: Updated Cruise Ship Policies and Cancellations Because of COVID-19 (2021)
What Happens to Cruise Ships During the Pandemic's Hurricane Season?
Rolling Out the Deals: Why Now Might Be a Great Time to Book a Cruise
Wave Season Cruise Deals 2021
Live From Royal Caribbean's Odyssey of the Seas: Why You'll Never Be Bored on This Cruise Ship
Disney Wish To Feature New Onboard Entertainment Firsts from Disney Cruise Line
Royal Caribbean Unveils New Entertainment Line Up on World's Biggest Ship, Wonder of the Seas
Just Back From Allure of The Seas' Maiden Galveston Sailing: Hits and Misses 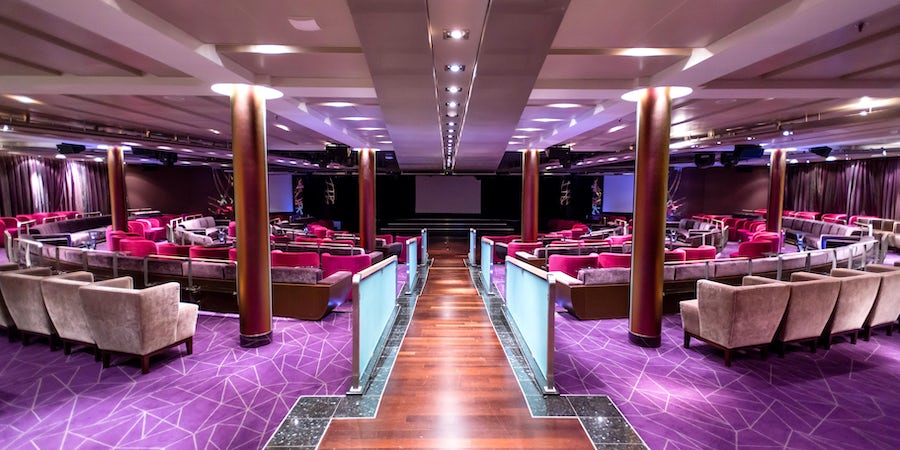 (4:45 p.m. EST) -- Luxury line Seabourn is upping the ante on entertainment with new shows and venue upgrades coming to a number of ships, beginning in December 2018.

Seabourn Odyssey will be the first to see changes. Four new shows have been developed exclusively for the ship; updates also are being made to the popular fleetwide production, "An Evening with Tim Rice." The entertainment changes will be rolled out to Seabourn Odyssey throughout the month of December.

In addition to the new entertainment offerings, Seabourn Odyssey's Grand Salon already has been upgraded with new LED screens, a redesigned stage and enhanced lighting technology.

The following ships will receive their own custom entertainment and Grand Salon upgrades: Seabourn Sojourn in July 2019 and Seabourn Quest in May 2020. On each ship, "An Evening with Tim Rice" will feature new unseen footage and other design elements.

"A Stroke of Genius," which portrays the story of famous artists like Monet, Picasso, Van Gogh and Warhol through song and dance

"Viva Italia," a combination of classical and contemporary music, performed in both English and Italian

"Latin Quarter," where passengers can enjoy Latin American music featuring singers Gloria Estefan and Pete Rodriguez, coupled with dance performances in styles such as the cha-cha, rhumba and salsa

Seabourn Odyssey's entertainment upgrades come less than two weeks before the ship begins its winter season in the Caribbean, sailing from Barbados and St. Maarten through March 2019. From there, the ship will reposition back to southern Europe, visiting destinations like Portugal, the Canary Islands and Spain.