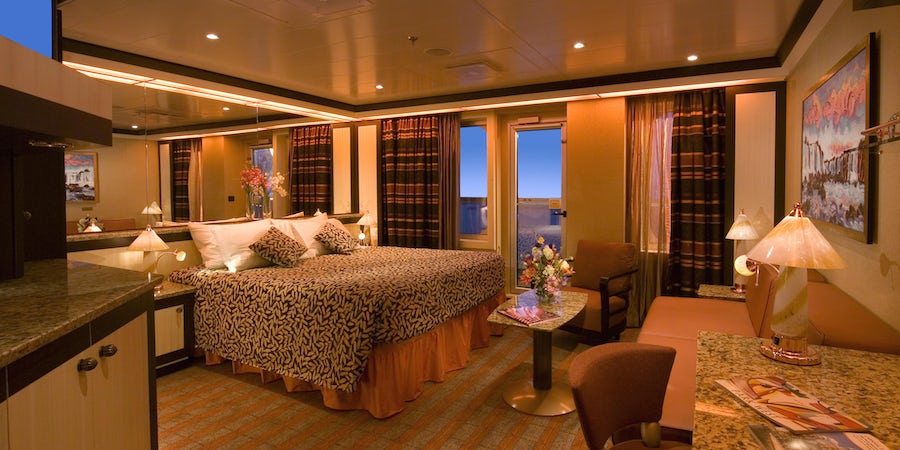 (2:50 p.m. EDT) -- When Carnival Cruise Line sends its 3,700-passenger Carnival Splendor to Australia in 2019, it plans to treat Aussie passengers to a number of significant new and improved features.

The decade-old Carnival Splendor will be outfitted with two new waterslides and two splash parks, along with an expanded RedFrog Pub, where popular band Music Manila will perform, and an enlarged adults-only Serenity Retreat, before it makes its Sydney debut in December 2019.

Dubbed the "Green and Gold Waterpark", the new aquatic adventure area aboard Carnival Splendor will include two thrill slides for adults, plus a second splash zone for the little ones, located in a quiet area, complete with Carnival's ever-popular "Tipping Bucket" that drenches those who happen to be in its path.

The new slide aboard Carnival Splendor promises to be even more exhilarating than the Green Thunder slide found on other vessels, and it will be named by a member of the public in a competition to be announced soon.

Also included will be a larger RedFrog Pub and a more spacious Serenity Retreat at the aft of the ship, as well as a RedFrog Rum Bar, BlueIguana Tequila Bar, Guy's Burger Joint and Alchemy Bar featuring cocktails made to order.

Jennifer Vandekreeke, Vice President Australia for Carnival Cruise Line, confirmed that Splenor would not be renamed with the Australian spelling "Splendour" due to the cost involved. "We'd rather spend the money of a bigger, better waterslide," she said.

"All that's missing is you," she added, joking about the missing "u".

Carnival Splendor has, up until this point, lacked many of Carnival's FunShip 2.0 enhancements that have been brought to the majority of the fleet.

Additional new features for Carnival Splendor's Australian debut are expected to be revealed in coming months.