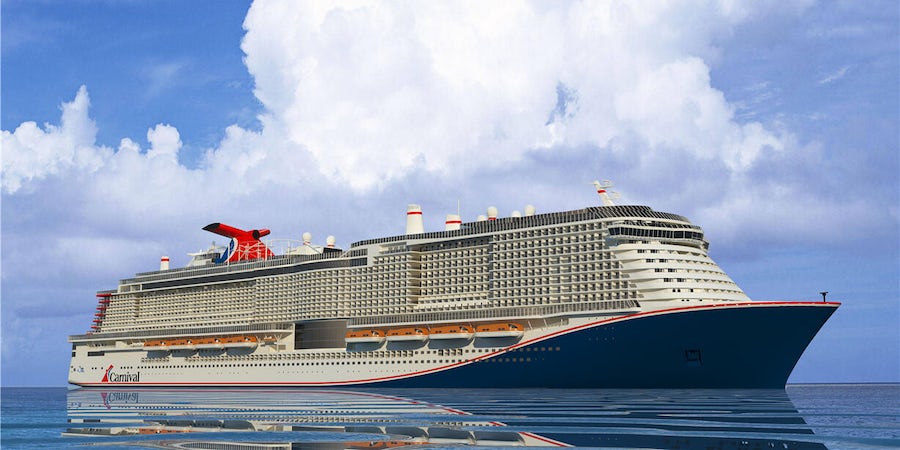 (9:31 a.m. EDT) -- Construction officially has begun on Carnival Cruise Line's newest ship, which will be the largest in the fleet when it launches in 2020.

To celebrate the first steel-cutting, the line held a ceremony at the Meyer Turku shipyard in Turku, Finland, where it also revealed a new red, white and blue hull design that will run the entire length of the 1,130-foot-long, roughly 5,200-passenger (at double occupancy) ship. The hull design, developed by New York-based Bluarch Architecture, will be a classic navy blue with red and white accent stripes -- a look the line says reflects its legacy as America's Cruise Line and pays homage to maritime tradition.

"This new ship promises to be truly special, from its groundbreaking technology and one-of-a-kind features to its distinctive livery and hull design that is both timeless and forward-thinking while paying tribute to our nearly 50-year history of making wonderful vacation memories for our guests," said Christine Duffy, president of Carnival Cruise Line.

The yet-to-be named ship will homeport in Florida's Port Canaveral (Orlando), though itineraries have not yet been revealed. It will offer a mix of Carnival staples as well as a variety of groundbreaking firsts -- not only for the line, but also for the industry. It also will be the first ship in North America to be powered by Liquefied Natural Gas, an environmentally friendly fuel that produces nearly zero emissions.

"We are extremely pleased to work together with Carnival on this large and highly innovative ship," said Jan Meyer, CEO of Meyer Turku. "With the first steel cutting, our efforts in designing the hull, features and interior of the ship start to take shape. We are also very proud to build the first-ever LNG powered cruise ship for North American market, making this state-of-the-art green technology a reality."

Carnival said it plans to reveal the ship's name in early December 2018, and details on itineraries and new attractions in 2019.