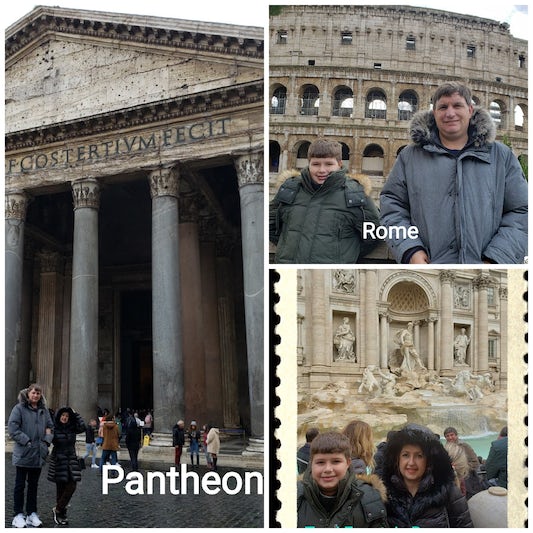 Elrondel
2-5 Cruises • Age 20s
"I've read all of the other reviews of the Spirit and NCL--and its like we were on completely different ships/staff." -matthewthompson87; http://www.cruisecritic.com/memberreviews/memberreview.cfm?EntryID=80262This quote from the NCL Spirit reviews sums up my opinion of the Spirit. As a matter of fact, the cruiser in the link above was on the Spirit when it docked in New Orleans for my spring ...
Read More

degroohj
2-5 Cruises • Age 30s
My husband and I cruise on the Norwegian Spirit from 12/26/2010-1/2/2011 over our holiday break. We both work in education, so we took advantage of having the week off and headed towards some sun with 2 hours to spare before the blizzard hit Philadelphia. This was my husband's first cruise and my third, where this was my first experience with NCL. I had previously sailed with Royal Caribbean on 2 ...
Read More

golfprocaddy
First Time Cruiser • Age 60s
The great experience we were expecting, did not quite live up to past cruises. Let me first say that the staff aboard the Spirit for the most part is great, especially the front desk, the Captains staff, the Buffet staff and the room stewards, however when it came to the staff and the food at Windows and the Garden room it was like a night and day difference. My wife and I have been fans of ...
Read More

pleader
First Time Cruiser • Age 70s
After 5 NCL cruises we have stricken NCL from our cruise line list. We cruise fairly frequently, at least 2x per year and have had about 20 cruises. Our NCL ship, the Spirit, was leaving New Orleans the night of Jan 10, 2010 for Western Carribean. Instead of enjoying the exciting night departure, we were below decks standing in line for an hour and then having our suspicious luggage searched for ...
Read More

Disappointed by the Spirit

montyjam
First Time Cruiser • Age 60s
My husband and I are former NCL customers, having cruised on the Gem out of Barcelona in 2008 on our honeymoon. We enjoyed the experience so much, we booked another cruise on the Spirit for New Year's last year. We cruised out of New Orleans in December 2009 over New Year's. We recognize that it is an older and smaller ship than the Gem but there were a number of things wrong with our ...
Read More

tempecruiser
First Time Cruiser
My boyfriend and I cruised on the Norwegian Spirit January 25th-February 1st and we had am amazing time. We spent a night in New Orleans which is the way to go if you've never been. It also gives you some time to relax and not be in a rush on embarkation day. We stayed at the Country Inn on Magazine Street. I highly recommend this hotel. It is so close to everything, about a 3 minute walk ...
Read More

kalliea
First Time Cruiser • Age 50s
We have been cruising for years it is our favorite family vacation. I have cruised on RCCL, Carnival, Celebrity and NCL. I think this is my 14th cruise. This is our second NCL cruise, we sailed Hawaii onboard the Pride of America a few years ago. I had mixed feelings about the "freestyle" dining. After the poor customer service and mediocre food, I never planned on cruising NCL again. We recently ...
Read More

Find a Norwegian Spirit Cruise from $479