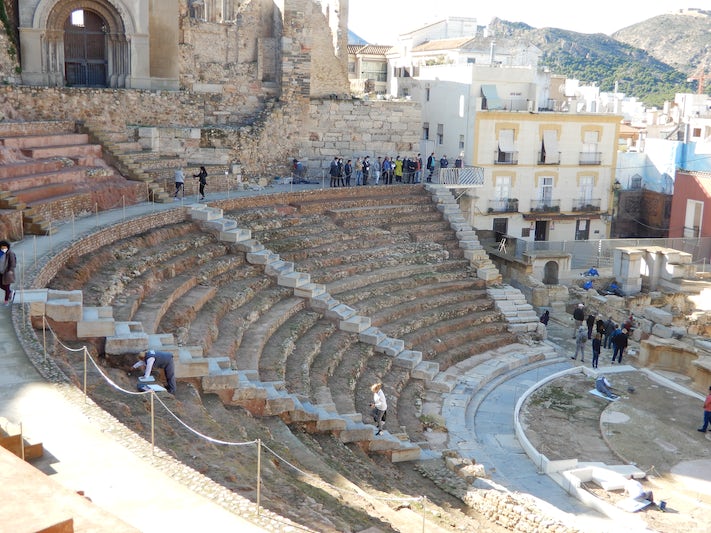 mninem
10+ Cruises • Age 70s
The Epic is showing wear and tear. Rust and paint bubbles. Saw several fabric seat cushions with worn edges and stains. Laminated edges of some doors and counters were loose. Although windows were washed in port, there was a dull haze on their surfaces. I believe that most of the passengers on this Atlantic crossing were experienced cruisers. Usually it takes a day or two for passengers to ...
Read More

Not So "Epic" Cruise

BstnCruiser
10+ Cruises • Age 60s
Embarkation was chaotic to get on board the ship. At one point, after methodically calling out group number in sequence, a GENERAL BOARDING announcement was called and a stampede ensued to the doorway. An employee stopped the herd at the doorway saying the announcement came from a different terminal. It was at that point it was just impossible to turn the entire crowd around and back to their ...
Read More

Review for Norwegian Epic to Europe - All

xriva
6-10 Cruises • Age 60s
As Napoleon once sailed off to St Helena, the Norwegian Epic sailed off to exile in Barcelona, far from the American passengers that never appreciated her interesting curves, minimal outdoor access and unique bathrooms. Perhaps the Europeans will be kinder, as she is a French ship, after all. My wife and I had an aft-facing accessible balcony cabin for the 11-day crossing from Miami to ...
Read More

DocRonSD
2-5 Cruises • Age 60s
I had labeled myself as "not a cruise ship person" until I took this cruise on the NCL Epic. What attracted me was the availability of the Studio Cabin design and a way to avoid the usual single supplement charged by most cruise lines for solo travelers. The studio cabins were very well-appointed and had enough storage space if one utilized space under your bed for luggage, etc. The only issue ...
Read More

meganh2496
First Time Cruiser • Age 30s
The cruise as a whole was extremely fun, but we avoided doing as much as we would have liked because of prices. We only had one drink a day each (there were 2 of us), and the drinks cost about $20 (together) every time we ordered. It was frustrating that we pre-payed the service charges, yet there was gratuity tacked on to every drink order. We didn't even do enough on the ship that would have ...
Read More

leah779
6-10 Cruises • Age 40s
This was my first cruise, and my moms 6th cruise (5th with Norwegian). It was her first time on the Epic. As a first timer, if I had to make a decision on cruising again, I wouldn't cruise again based on my experience on the Epic. Here is a list of what we did not like: Food: - portions were small, and quality was lacking - too many specialty restaurants you had to pay for and the menu was ...
Read More

kirsty_r
2-5 Cruises • Age 30s
This was the second time I had the pleasure of the EPIC and the first as a solo. I was much more impressed with the EPIC this time. Loved her the first time, but after having more time onboard, was able to find even better reviews and places and entertainment. The fact I was solo, also meant I discovered the exclusive studio staterooms and lounge. I am only 26. Quite young for a solo cruiser. ...
Read More

Enjoyable but unlikely to repeat

tgilevich
2-5 Cruises • Age 70s
Just returned from a 7 day cruise to St. Martin, St. Thomas and Nassau. We were looking forward to experiencing the "super-sized" vessel. We've cruised once on Celebrity to Alaska and then been with NCL in Hawaii, Mexico and Western Europe. Flew into Ft. Lauderdale/Hollywood, primarily because of Southwest. Arranged shuttle with SAS who provided superlative service to and from Miami cruise ...
Read More

11 nights Transatlantic cruise not too long, if on the EPIC

hopeinjamul
6-10 Cruises • Age 60s
Our first time sailing with NCL and their freestyle dining system. We were very happy about everything pertaining to this cruise. The price was right. We had a balcony-forward which was partially enclosed for protection, but that meant a larger and more private area for our enjoyment. The embarkation went smoothly. As we had read online before departure, we knew the staterooms were on the cozy ...
Read More

Epic Entertainment on TA plus the Med Adventure

HokiePoq
6-10 Cruises • Age 70s
We've just returned from 22 wonderful days on the Epic. We found the staff exceptionally friendly with many greeting us by name. As advertised, the entertainment is superb. The big name acts were as expected: Blue Man Group, Legends, Second City. All were enjoyable, especially as the transatlantic sea days provided time for special "meet the performers" sessions for BMG and Legends. In ...
Read More

Find a Norwegian Epic Cruise from $429