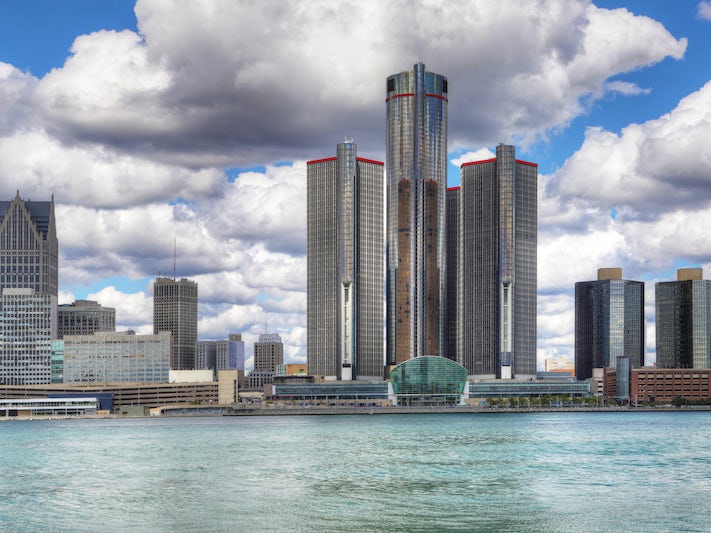 Find Things to Do in Detroit on Viator

Popular Things to Do in Detroit

Food and Drink in Detroit

Detroit's dining claim-to-fame lies in its ethnic diversity, rather than Michelin stars. Head to Greektown for souvlaki (meat grilled on a skewer), Mexicantown for margaritas or Bricktown for soul food. A bit further afield, but still within city limits, is Hamtramck for Polish pierogis (filled dumplings) and sausages.

Pegasus Taverna (558 Monroe Street), long established in Greektown, is open for lunch with such traditional Greek favorites as gyros, moussaka and kebabs. A specialty is the dessert of flamed cheese, called saganaki, prepared tableside. Mexicantown boasts a Sunday food market in summer. An inexpensive Mexican lunch of tacos, enchiladas or burritos can be found at Xochimilco Restaurant (3409 Bagley Street).

Henry Ford Museum: Located in Dearborn, less than 10 miles to the southwest, the museum complex is an included tour for many Great Lakes cruise passengers. If you love trains, planes or cars of all ages, shapes and sizes, you'll be in your element. Exhibit highlights include Ford's Model-T and President Kennedy's infamous limousine, (the one he was in when he was fatally shot). On a more upbeat note, you can step back in time, order a snack and listen to the jukebox in an old-time diner. The complex also includes Ford's childhood home. (20900 Oakwood Boulevard, Dearborn, Michigan; 313-982-6001; open daily, 9:30 a.m. to 5 p.m.)

Detroit Institute of Arts: Boasting one of the most significant art collections in the U.S., the museum has more than 65,000 artworks from around the world. They are exhibited in the 100 galleries of the Beaux-Arts-style building and contemporary extensions. Don't miss Diego Rivera's "Detroit Industry" murals. (5200 Woodward Avenue; 313-833-7900; open Tuesday through Thursday, 9 a.m. to 4 p.m.; Friday from 9 a.m. to 10 p.m.; Saturday and Sunday, 10 a.m. to 5 p.m.; closed Mondays.)

Motown Museum: This small gem is the place where the Motown Sound exploded in the '60s. It all started as the modest two-story house of fledgling songwriter and founder of Motown Records, Berry Gordy, Jr. Not much has changed. The museum preserves Gordy's former digs and is filled with reel-to-reel tape players, sheet music and gold records. You'll visit Studio A, where hit tunes such as the Supremes' "Stop in the Name of Love" were recorded. (2648 W. Grand Boulevard.; 313-875-2264; open Tuesday through Sunday, 10 a.m. to 6 p.m. and 8 p.m. on Saturday, May 1, to Sept. 30; closed Mondays.)