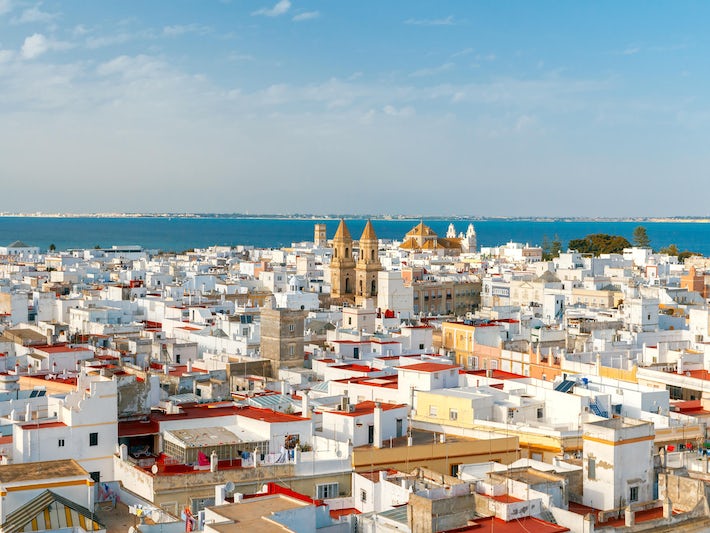 Find Things to Do in Cadiz on Viator

Popular Things to Do in Cadiz

Cadiz Museum: A small museum with few explanations in English, but still a must visit if you've got extra time. The ground-floor archaeology section, in particular, is worth a visit with its Phoenician artifacts, including a pair of marble sarcophagi; there are also a number of Roman statues. The middle floor has a small art collection with paintings from the 16th through 20th centuries. On the upper level is an ethnology section. Entry is free for European citizens, and the price for everyone else is quite reasonable.

Roman Theater: Built in the first century B.C.E., the Cadiz Roman Theater was one of the largest ever built during the Roman Empire; it was discovered in 1980 and is only partially excavated. The main structure is currently closed to visitors but you can still get a glimpse of pieces of it at the free Interpretation Center, open nearly 365 days of the year. Inside you can see the tiers of stone seats, view models of how it would have looked when it was built and watch a short film about its history.

Cadiz Cathedral: Building on Cadiz's "new" cathedral (the old one dates from 1635 and was built on top of a mosque) began in 1722, but a shortage of funds slowed down the work and it wasn't finished until 1838. Because it took so long to build you'll find elements of both the original baroque plan and neoclassical elements from closer to its completion. An unusual feature of the edifice is a yellow-tiled dome, giving it a Moorish feel. Inside are 16 chapels with beautiful statuary made with sea stone, and white, red and black marble; beneath the cathedral is a circular crypt where the bodies of the composer Manuel de Falla and the poet/playwright Jose Maria Peman are buried. Visitors can also climb the Levante Tower for stunning views of the city. The entry fee for the cathedral also includes entry into the Cathedral Museum.

Flamenco Performance: Born out of a Gypsy culture that settled in the Andalusian region of Spain, flamenco is part and parcel of the Cadiz identity. There are lots of places offering flamenco shows, but many are booked up by tour companies during the day so you'll most likely want to book something through your cruise line or an independent operator.