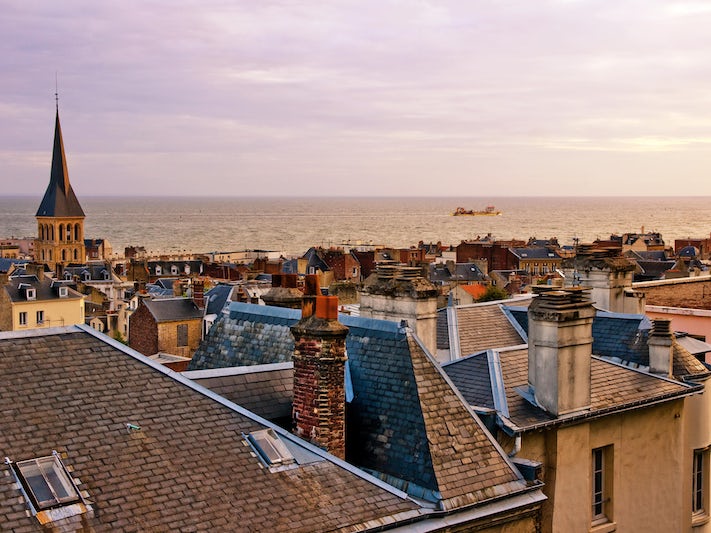 Find Things to Do in Le Havre on Viator

Popular Things to Do in Le Havre

Food and Drink in Le Havre

Paris: The world capital of food, fashion and style has it all, and you won't remotely see it in one day. Our Paris port guide might help narrow it down.

Natural History Museum: Housed in the former 18th-century law courts that survived the bombs, this museum displays fine collections of paleontology and zoology together with a collection of 8,000 drawings and manuscripts of naturalist Charles Alexandre Lesueur. (Place du Vieux Marche; 02 35 41 37 28; open Tuesday to Sunday, 9:30 a.m. to noon and 2 p.m. to 6 p.m.)

Normandy: Le Havre basically lies in the center of the Normandy region, which has a number of well-known sights to see. Among them: a World War II-related trip to the D-Day beaches where American, Australian, British, Canadian and French troops landed on June 6, 1944. Among the key points of interest are Sainte Mere Eglise, Utah Beach, the Pointe du Hoc and Omaha Beach.

Hire a taxi for the day -- they line up at the pier -- for a customized look at Normandy. You can even book a taxi for a simple two-hour driving tour of the region. Note, however, that you should negotiate the rate before you get into the taxi, and drivers might not speak much English.

Want a little more assistance? Book a full- or half-day guided tour of any of the region's myriad attractions. Normandy Sightseeing Tours (6 rue Saint-Jean, 14400 Bayeux; 02 31 51 70 52) offers a range of tours with English-speaking guides. Arrangements should be made in advance.

Honfleur: Drive across the Pont de Normandie, a sweeping bridge that spans the Seine River and connects Le Havre to Honfleur. This picturesque port town was made famous by Impressionists like Claude Monet. This is a terrific destination if your goal is a low-key day to shop antique stores and boutiques, eat a great French lunch and basically just mosey around.

Le Mont Saint-Michel: The famous abbey, perched on a 264-foot-high rock, is quite a sight. The water starts to rise and surround the abbey about two hours before high tide. Check the website for a high-tide timetable.

Shopping: The best shops are to be found in the rue de Paris, place de l'Hotel de Ville and the avenue Rene Coty. Shops are open 9 a.m. to noon and from 2 p.m. to 7 p.m., Tuesday to Saturday. Some stay open at lunchtime. On Monday afternoons, two hypermarkets are open from 2 p.m. to 7 p.m. -- Mammouth at Montivilliers and Auchan at Mont Callard Center Commercial, just beyond the railway station.