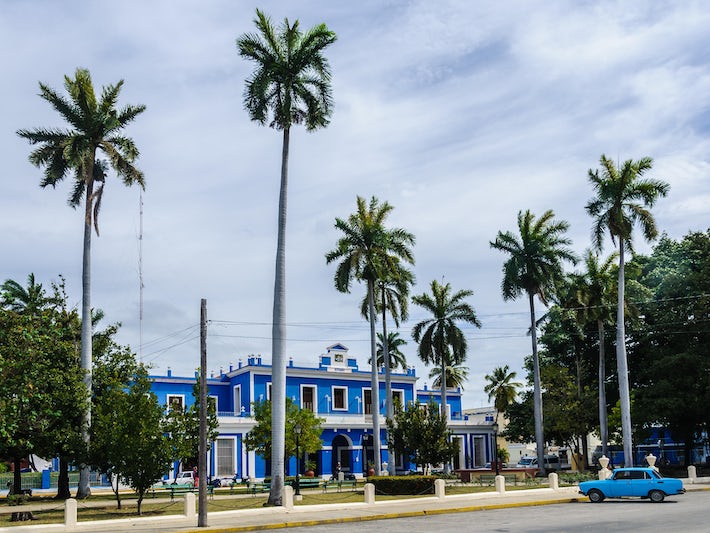 Find Things to Do in Cienfuegos on Viator

Popular Things to Do in Cienfuegos

Plaza de Armas: The square is the center of most tours and with good reason; it's spectacular for a city of its size. Some cruise lines, particularly those with a people-to-people focus, schedule a choral concert inside the Tomas Terry Teatro, a gorgeous theater built in 1890 that the residents are justly proud of. You'll want to go inside anyway to see the boxes that rise several floors, as well as the elaborate ceiling paintings.

Other features on the Plaza include a domed cathedral, a park with a neoclassical band shell and an arch that's the only one of its kind in the Caribbean. Make sure you check out the arcade surrounding the square as the different storefronts hold art galleries and museums. There's also several blocks of souvenir vendors just off the Plaza, on Santa Isabel.

Punta Gorda: Some cruise ship tours of Cienfuegos take you along Jagua Bay to the Cienfuegos Promenade, where many elaborate buildings still remain; you'll find many residents renting out private homes in this neighborhood to supplement their meager rations. These tours either offer you lunch at the Cienfuegos Yacht Club or a drink at the Palacio de Valle. Both buildings wouldn't look out of place in a wealthy European seaside resort; although the interiors may have become shabby, they are a testament to Cuba's proud past.

Trinidad: It's a 90-minute bus ride each way to Trinidad. But the UNESCO World Heritage Site is considered one of Cuba's "museum cities" and shouldn't be missed. Founded in the early 16th century, Trinidad became the center of Cuba's sugar trade and the neighboring Valley de los Ingenios -- the Valley of the Sugar Mills -- has remnants of 75 cane mills, plantations and barracks. Within the town, many historical buildings remain intact, representing a variety of architectural styles, from 18th-century Moorish and Andalusian to 19th-century neoclassical. Shoppers will want to check out Casa Chichi, where the Santander family has been making pottery since the island's Spanish days.