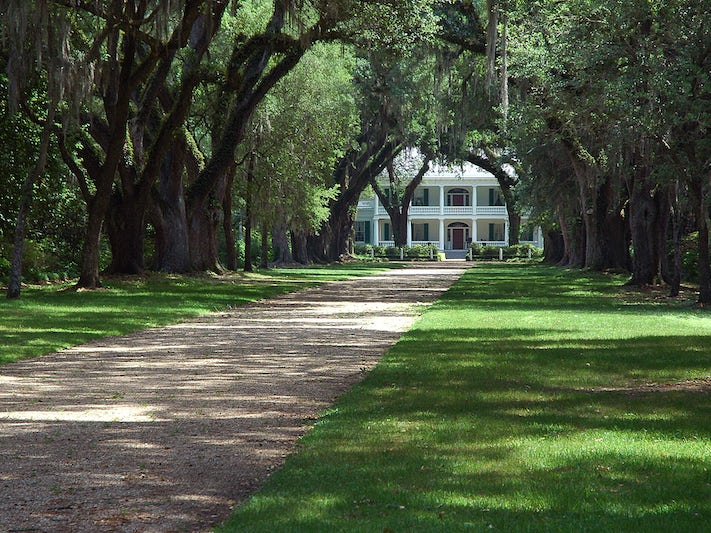 Find Things to Do in St. Francisville on Viator

Popular Things to Do in St. Francisville

Rosedown: This former cotton plantation, owned by the Turnbull family who were once among the wealthiest families in the nation, was meticulously restored by a Texas oil baron and then turned into museum; it's now run by the State of Louisiana. In the 19th century, the family created formal gardens on the grounds that stand as an example of European-style gardens, imported to the South. Guided tours also mention the slaves who made the Turnbull life possible, although their quarters no longer exist. (12501 Highway 10, St. Francisville. Guided tours available on the hour; $10 adults, but many river ships include admission as a shore excursion).

The Myrtles Plantation: Usually not included on shore excursion guided tours, the Myrtles is nonetheless a popular spot for ghost chasers; the 1796 plantation bills itself as one of the most haunted in Louisiana. Of particular repute is the legend of Chloe, an African-American slave girl who showed up in a photo as an apparition in 1992, leading researchers as august as Natioanl Geographic to dive into the mystery. There's a restaurant, the Carriage House, on the premises that serves lunch every day except Tuesday. (7747 Highway 61, St. Francisville. Historic tours offered daily on the hour and half hour from 9 a.m. to 5 p.m., $10. More elaborate "mystery" tours are also bookable on the website).

Grace Episcopal Church and Cemetery: One of Louisiana's oldest churches, it dates back to 1827 and was rebuilt in the 1880s after the Civil War. The oak-shaded cemetery is picturesque and worth a stroll to see the gravesites. (11621 Ferdinand Street; 225-635-4065)

Grandmother's Buttons: This shop is known for its jewelry made from old buttons, many of which are on display in the former vault of this one-time bank lobby. In recent years, the boutique shop has added other gifts, often made regionally, that appeal to lovers of books and pets. You'll also find clothing and other things you didn't know you wanted. (9814 Royal Street)

West Feliciana Historical Society Museum: Located in a former hardware store, the society tells the story of the wide variety of settlers over the years, including artist John James Audubon. The museum, which has a small gift shop, also exhibits clothes, photos and flags that have flown over this riverside community. (11757 Ferdinand Street)

Angola Prison: Passengers aboard the American Queen steamboat should consider taking its tour to the Louisiana State Penitentiary at Angola, which offers fascinating insights into what was one of the country's most notorious prisons. It's called Angola because most of the slaves who lived on the plantation originally on these grounds came from the African country of Angola.