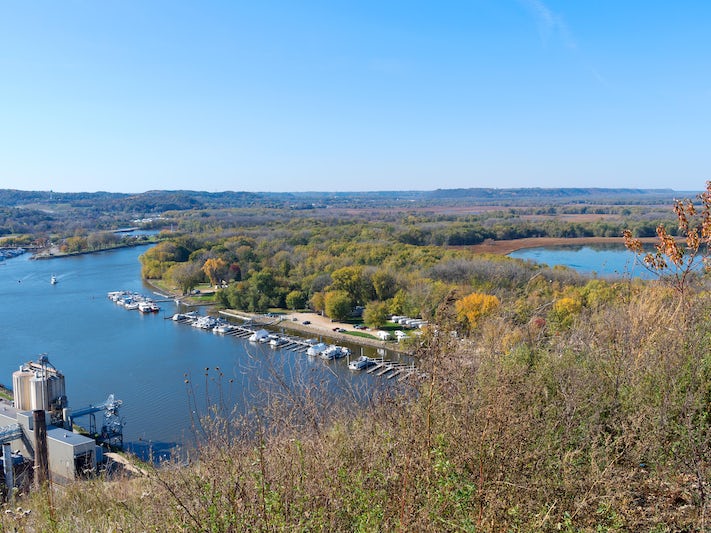 Find Things to Do in Red Wing on Viator

Popular Things to Do in Red Wing

Pottery Museum of Red Wing: Opened in 2001 with just 1,200 items, the museum had to relocate in 2014 after the collection of vintage stoneware (most of which dates to between 1883 and 1930), fine art pottery and dinnerware grew to more than 6,000 display pieces. Along with the pottery, exhibits display historic photographs, company catalogs and factory artifacts.

Red Wing Marine Museum: Boat enthusiasts will like this museum, which traces the history of Red Wing's boat motor industry. Exhibits include more than 30 restored Red Wing Thoroughbred marine engines and outboard motors, as well as displays of fishing tackle, and historic photographs and documents. The building in which the museum is housed is on the National Register of Historic Places.

Red Wing Shoe Museum: This tiny museum is located on the second floor of the Red Wing Shoe store. The story of the brand is told through displays of photographs, classic advertisements, original shoe samples and videos. On the way up the stairs, you'll pass the world's largest boot -- 16 feet tall and 20 feet long -- as recorded by the Guinness Book of World Records in 2005.

Aliveo Military Museum: Explore military memorabilia and history from around the world, spanning the time period from the Revolutionary War to the modern conflicts in the Middle East. Displays include newspaper clippings, uniforms, knives, swords, guns, helmets and dioramas. It's open on Fridays and Saturdays.

National Eagle Center: For a nose-to-beak encounter with bald eagles, head some 30 minutes away from Red Wing to Wabasha. Located on the banks of the Mississippi, the center is home to several permanently injured eagles. Be sure to sign up for the hourlong presentation, during which you'll learn all about these magnificent creatures and be so close you'll feel the breeze from their wings when they flap. You'll need to take a taxi; costs run about $90 each way. All riverboat cruisers receive a 10 percent discount from the Taxi Co. of Red Wing.