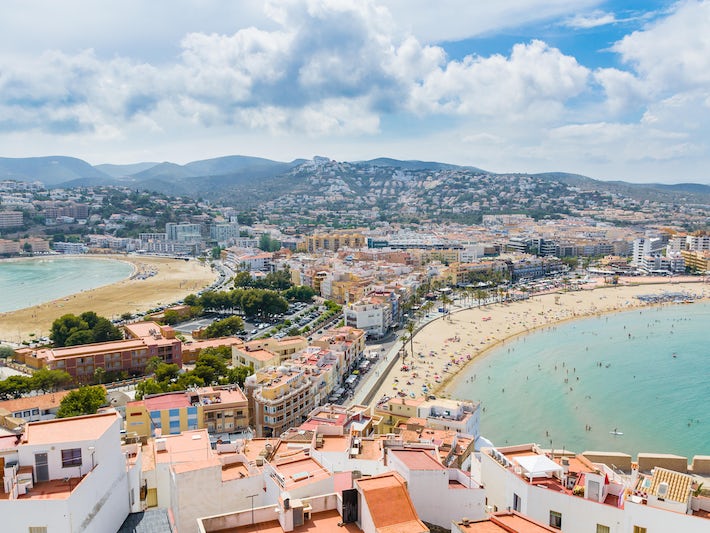 Find Things to Do in Valencia on Viator

Popular Things to Do in Valencia

Food and Drink in Valencia

It should really be illegal to visit Valencia and not tuck into a plate of paella, as the saffron-flavored rice -- along with fresh-caught seafood -- is a staple of the local diet. Locals are endlessly inventive in using it to create fabulously tasty dishes in their distinctively large, flat paella pans.

Which restaurants serve the best paella? You could start a civil war asking this question in Valencia, as everyone seems to have a favorite spot. But here are a few top foodie recommendations.

La Pepica: La Pepica on La Malvarrosa Beach started out as a beach shack, and made such an impression on the likes of Ernest Hemingway, Ava Gardner, Antonio Banderas and Melanie Griffith that it's still going strong 50 years on (and building an empire in other Spanish cities). (Paso de Neptune 2-8, Playa de la Malvarrosa; 34 963 710 366; open daily for lunch, 1 p.m. to 4 p.m., and Monday to Saturday for dinner, 8:30 p.m. to midnight)

Submarino: Submarino restaurant in L'Oceanografic offers guests the chance to eat surrounded by vast and well-stocked aquaria -- good choice if you love watching marine life or are lunching with kids. But beware of feeling guilty if you're spotted tucking into Nemo by one of his relatives. (Carrer Eduardo Primo Yufera; 34 961 975 565; open daily for lunch, 1 p.m. to 3:30 p.m., and dinner Saturday and Sunday only, 9 p.m. to 10:30 p.m.,)

Try a glass of chilled Agua de Valencia, a delicious concoction made from orange liqueur and sparkling cava wine. It comes in a smart orange bottle with a black top, and makes a good take-home present, too.

Best for the Wealthy: Valencia's Juan Carlos 1 Royal Marina -- with its historic buildings and array of shops and restaurants -- is a magnet for the super-rich, and the eye-popping mega-yachts that arrive every summer are a sight to behold.

Most Reputable: Nearby, you'll find Valencia's city beaches El Cabanyal, Las Arenas and La Malvarrosa. These are sandy and Blue Flag quality (meaning they have been assessed for water quality, environmental management, environmental education and safety by the international Federation for Environmental Education). Overlooking the beaches is the cafe- and restaurant-lined Maritime Promenade, a good spot for sampling fresh seafood paella while enjoying the seaside buzz.

Most Secluded: Prefer to get away from it all? El Saler, which lies about six miles outside of the city, has a wilder beauty. It's surrounded by sand dunes and thick vegetation, as are beaches of the Albufera Nature Park.

Plaza de la Vergin: A walk around Plaza de la Vergin and the cathedral quarter is a must. With vast plazas, fanciful fountains, a 2,000-year history and beautiful churches like the Basilica of the Virgin, this region lies right in the centre of Valencia and at the heart of its cultural life, rivalling Italy in architectural beauty. The city's oldest district, Barrio del Carmen -- which lies between the ancient Islamic and Christian city walls -- is particularly rewarding. Its labyrinthine cobbled streets, lined with medieval houses and guarded by two ancient towers, will make you feel like a time traveller.

Plaza del Mercado: Valencia's historic market is an easy walk from the cathedral and is well worth a visit. Architecture buffs will enjoy its colonnaded, two-tier market hall, which was built in 1914 and is a prime example of Modernist architecture. Foodies may be more interested in the vast array of goodies on its 400 or so stalls -- at least one of which specializes entirely in Spanish and international beers. The area around the market, rich in pretty plant stalls and cafes, is a good place to grab a coffee and watch the Valencian world go round. (Plaza del Mercado; 34 963 829 100; open Monday to Saturday, 8 a.m. to 3 p.m., closed Sundays)

Plaza del Ayuntamiento: A triangular area enlivened by a spectacular central fountain and colorful flower stalls, Plaza del Ayuntamiento is the very heart of local life. It's home to some of Valencia's most eye-catching buildings, including the Estacion del Norte rail station, the Ayuntamiento de Valencia (town hall) and the Edificio de Correos (Central Post Office).

The City of Arts and Sciences: This vast, futuristic complex comprises a range of attractions, including an IMAX theater; Europe's largest aquarium, the Oceanografic; a science museum, and an avant-garde opera house. Like much of Valencia's parkland, it lies in what was formerly the bed of the Turia River. Entrance fees are complicated, as they depend on which attractions you want to visit. More information can be found at the city's reservations center. (34 902 100 031; open daily, 10 a.m. to 9 p.m. in high season)

Turia Gardens: Turia Gardens is a nearly six-mile stretch of the Turia river bed that runs right across Valencia. It has been transformed into beautiful parkland and now acts as a 'lung' for this bustling city -- and a haven for locals and visitors who like to get back to nature. If you want to get even closer to nature, the wild and beautiful Albufera Nature Reserve is a six-mile cab ride from downtown.

Bioparc: Valencia's 21st-century version of a zoo is designed to offers its inhabitants -- which include hippos, gorillas, leopards, lions, rhinos and meerkats -- as natural a habitat as possible by recreating the ecosystems of the Madagascan forests and equatorial Africa. (Avenida Pio Baroja 3; 34 902 250 340; open daily 10 a.m. to 9 p.m. in summer, 6 p.m. in winter; entrance fee applies)