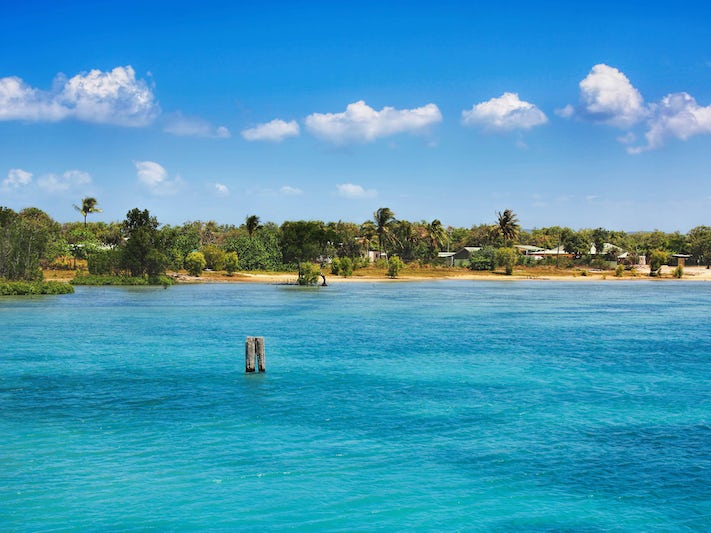 Find Things to Do in Thursday Island on Viator

Popular Things to Do in Thursday Island

For the best vista in town, head up to Green Hill Fort, which has beautiful panoramic views of the neighbouring islands (Friday, Prince of Wales, Horn and Hammond), and is a great spot for a photo of your ship in the middle of the sea.

One of the most intact 19th century forts in Australia, it has several breach-loading guns, tunnels and an underground Torres Strait Historical Museum of military, shipping and pearling history. The uphill walk takes about 20 minutes but due to the extreme heat and humidity during the wet season, when most cruise passengers visit, it may be worth grabbing a cab.

At the Heritage-listed Thursday Island Cemetery, you can discover the diversity of the past population, with graves of Japanese pearl divers and people from Torres Strait, Malaysia, Indonesia and Britain, buried in religious sections such as Muslim, Buddhist, Catholic and Anglican.

After a long walk in the sun, cool down with a drink and food at one of Australia's northernmost pubs such as the Grand Hotel, with water views from an outdoor deck, Federal Hotel, opposite Federal Beach, Royal Hotel or Torres Hotel.