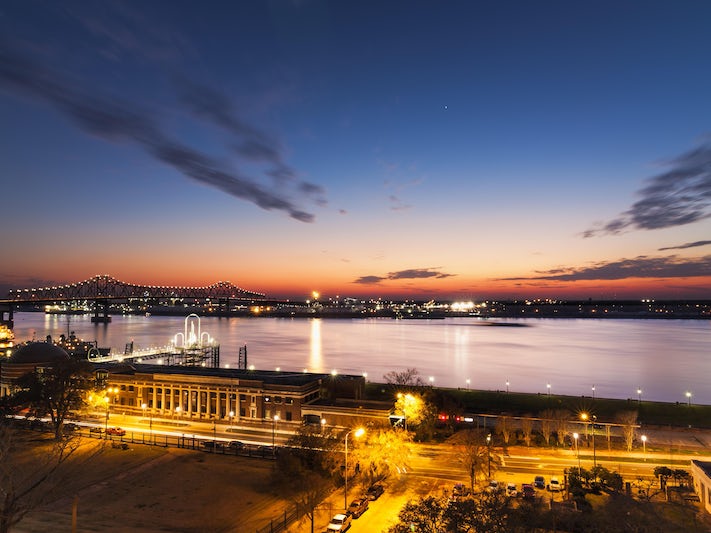 Find Things to Do in Baton Rouge on Viator

Popular Things to Do in Baton Rouge

State Capitol: The Art Deco state capitol rises 450 feet, making it the tallest capitol in the United States. Although it looks more like a skyscraper than a traditional seat of government, rest assured that the Louisiana Legislature does meet on a regular basis. Visitors can tour the landscaped grounds (especially pretty during azalea season), go up to the observation deck on the 27th floor, visit the site where Huey P. Long was shot and read about the man who made famous the saying, "Every man a king." (900 N 3rd Street; 225-342-7317; free entry; open from 8 a.m. to 4:30 p.m.)

Old Louisiana State Capitol: Closer to the waterfront, the Old State Capitol is a Gothic Revival pile of a building, with turreted towers, a museum and its own ghost; the building served as a Civil War garrison as well as a statehouse. Visitors come for the small Museum of Political History, a 3D movie about the capitol's spirit Sarah Morgan and the kaleidoscope, a gorgeous stained glass dome. (100 North Boulevard; 225-342-0500; free entry; open Tuesday to Friday, 10 a.m. to 4 p.m.; Saturday, 9 a.m. to 3 p.m.)

USS Kidd: On the waterfront, the USS Kidd battleship -- which suffered a kamikaze attack from the Japanese in World War II where 38 crew were killed -- is a prime attraction for riverboat cruise passengers. The former U.S. Navy destroyer has an accompanying museum but the real highlight is touring the restored ship itself, which has been raised to a dry bed. (305 South River Road; 225-342-1942; open Monday through Friday, 9:30 a.m. to 3:30 p.m.; Saturday and Sunday, 10 a.m. to 4 p.m.)

Swamp Tour: The mighty Atchafalaya Swamp lies outside Baton Rouge, and a tour that combines alligator sightings with Cajun culture is often offered by riverboat companies. Although the heat and humidity can feel oppressive in the summer months, a boat ride on the swamp exposes the Louisiana landscape's own eerie beauty, with formidable Cypress trees, dripping Spanish moss and, of course, those reptiles lurking in the brown water below.

Belle of Baton Rouge: Most of the casinos in Louisiana are riverboats (although they never sail -- leaving land restricts profit!) and Baton Rouge has several. The Belle of Baton Rouge is a short walk from where paddlewheels dock. We saw more than a few fellow passengers heading here after the evening show; riverboats in the U.S. typically do not have their own casinos. (103 France Street; 225-242-2600; open 24 hours a day, 7 days a week, all year round.)

Lunch: If you're dining off the boat, look for seafood and Cajun-influenced dishes. We (and others, including President Obama) like lunch at Poor Boy Lloyd's, a short walk from the Old State Capitol (201 Florida Street; 225-387-2271; Monday to Thursday, 6 a.m. to 3 p.m., Friday, 6 a.m. to 10 p.m., Saturday, 11 a.m. to 9 p.m.). Besides the "po'boy" sandwiches that give the establishment its name, the restaurant also serves a typical "plate lunch" of red beans and rice, and other (mostly fried) seafood dishes. Open Monday through Thursday for breakfast and lunch; Fridays for all three meals and Saturdays for lunch and dinner. Another less divey alternative in this area is Jolie Pearl Oyster Bar (315 North Boulevard; 225-615-7172; open Monday to Thursday, 11 a.m. to 10 p.m., Friday and Saturday, 11 a.m. to 12 a.m. and Sunday, 11 a.m. to 5 p.m.), where you can get oysters numerous ways, as well as shrimp.