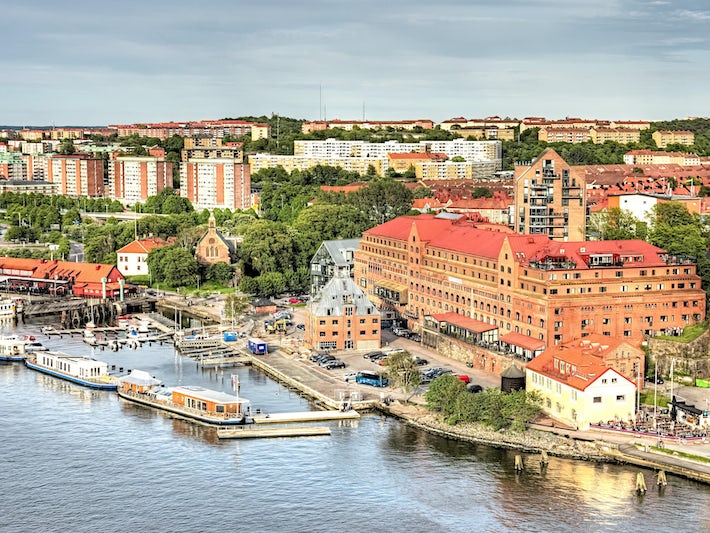 Find Things to Do in Gothenburg on Viator

Popular Things to Do in Gothenburg

Haga: If time is short, put the Haga at the top of your list. The main boulevard, Haga Nygata, is car-free and lined with antique shops, tiny boutiques and outdoor cafes.

Skansen Kronan: Climb the 200 steps to Skansen Kronan, a 17th-century fortress built to protect the city from Danish attack to the south. It provides a lofty overlook of the city. On the practical side, the 7-Eleven on Haga Nygata has free Wi-Fi, so it's a prime spot to pop in, buy a beverage and check your email.

Feskekorka: Public restrooms are located near the entrance of the Feskekorka, a c.1874 fish market that was built to resemble a church. (The name translates to "fish church.") Feskekorka is worth a look, if simply to admire the glistening pink rows of fish and shellfish that fill its display cases. Gothenburg has been named the Culinary Capital of Sweden, and seafood-lovers will find no argument with that.

Magasinsgatan: From the Feskekorka, it's an easy jaunt to Magasinsgatan in the Inner City, where trendy shops reveal what fashionable Swedes will be wearing next season. You'll also see famous names like Marimekko.

Kronhuset: Browse locally made craft items in the studios at Kronhuset (Old City Hall). Built in 1654, it's the oldest building in Gothenburg.

Saluhallen: Looking for a fun, local lunch spot? Pop into Saluhallen, the Market Hall. It's chock a block with purveyors of meats, cheeses, fish and produce, which spills outdoors in warmer months. Eat at an indoor counter, or get it as takeout for alfresco dining along the canal.

Goteborgs Konstmuseum: If you've got the time and the stamina or simply can't resist a cool museum, cross the bridge onto Kungsportsavenyen to the Aveny District to discover the Goteborgs Konstmuseum (Gothenburg Museum of Art), home to Nordic art dating from the turn of the 19th century.

Poseidon: While you're in the neighborhood, pay your respects to the sea god Poseidon, whose bronze likeness rises from the center of the city's most famous fountain.

Most cruise lines offer a "best of" Gothenburg tour that takes in most of these sites and perhaps the Gothenburg Botanical Garden (one of the largest in Europe) or the Volvo Museum, a display of cars that includes concept models and aircrafts built by the Swedish company.