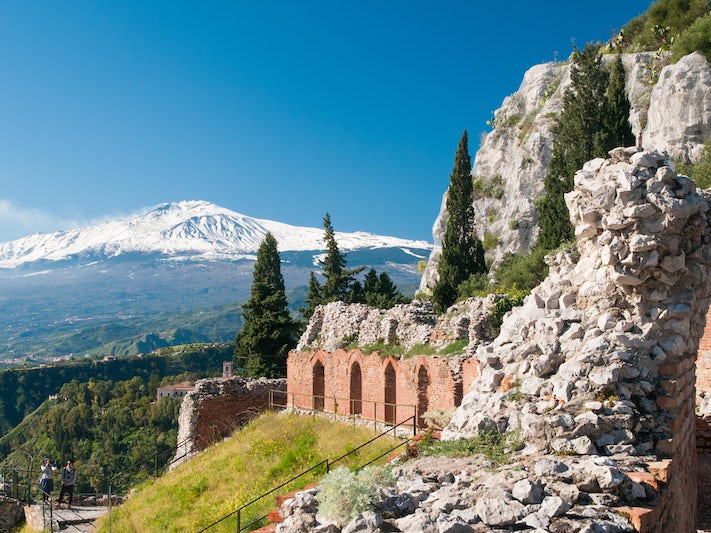 Find Things to Do in Taipei (Keelung) on Viator

Popular Things to Do in Taipei (Keelung)

Food and Drink in Taipei (Keelung)

With such a diverse cultural history, it's no surprise that Taipei's culinary offerings are equally varied. You'll find all your favorite Chinese dishes; the Japanese influence means there's lots of sushi on hand, as well. For traditional Taiwanese dishes, you'll want to give a beef noodle soup or stinky tofu a try.

A Taiwanese Classic: Tao-Yuan Street Beef Noodle Shop is centrally located near the Chiang Kai-shek Memorial Hall and serves up this traditional Taiwanese dish in a variety of styles. (15 Taoyuan Street; 10 a.m. to 8 p.m. daily)

Dumplings Galore: Dumpling chain restaurant Din Tai Fung operates several locations in Taipei. It is the place to go for Chinese dumplings but also serves excellent chicken soup. All locations are very popular, so be prepared to wait 30 minutes or longer to be seated. (Open from 10 a.m. daily)

For those brave enough to give stinky tofu a try, your best bet are the night markets where vendors selling the malodorous snack are common.

Like so many other Asian metropolises Taipei is an intriguing blend of old and new, with skyscrapers close to Buddhist temples and old school night markets not far from modern malls.

One of the city's most impressive attractions is the 1,667-foot (ground to spire) Taipei 101, the world's third largest skyscraper. With 101 above-ground floors (plus five underground) the structure has come to represent modern Taiwan. Visitors can head to the 89th floor for an indoor observation deck or the 91st floor for an outdoor observation deck. Both offer 360-degree views of the city. Observation deck tickets can be purchased in the fifth-floor shopping mall.

For something more traditional, the Longshan Temple is Taipei's most important temple. Dedicated to Guanyin (the Buddhist representation of compassion), the temple is located in the Wanhua district, one of the city's oldest. Though it originally dates to 1738, Longshan Temple was mostly destroyed during World War II. It was rebuilt in traditional Taiwanese style. After visiting the temple, be sure to browse the numerous traditional street shops or consult one of the many fortune tellers in the immediate area.

Taipei's National Palace Museum is one of the city's most popular tourist attractions and houses one of the world's largest collections of Chinese historical artifacts, relics and artworks -- more than 696,000 pieces strong -- that encompasses more than 8,000 years of Chinese history. Bear in mind, the museum is always packed; the earlier you arrive, the fewer tourist groups (mostly visitors from the Chinese mainland) you'll have to contend with. Free daily tours are offered in English at 10 a.m. and 3 p.m. but you need to reserve online in advance at least two days ahead. (Open 8:30 a.m. to 6:30 p.m. Sunday to Thursday, 8:30 a.m. to 9 p.m. Friday and Saturday)

Another popular tourist attraction, and one of the most photographed, is the somewhat over-the-top Chiang Kai-shek Memorial Hall, with its whitewashed facade and blue tile roof. Located in Liberty Square, the monument honors Chiang Kai-shek, the former president of the Republic of China. Inside, you'll find a collection of items related to the late president, like his two Cadillacs. The hourly changing of the guard is a popular occurrence; find yourself a spot on the fourth floor a bit early for the best viewing spot.

Taipei, and Taiwan in general, are famous for their traditional night markets, which are not only open at night. Vendors sell everything from food, clothes and electronics to massages and Chinese herbs. Be prepared for an onslaught of your senses and polish up your haggling skills before you go. Two of the most popular with tourists are the Raohe and Shillin night markets.

One of Taipei's most unique museums is the Shung Ye Museum, which tells the story of Taiwan's aboriginal cultures. You can learn about the different tribes and see a variety of artifacts. Make sure to check out the decoration exhibit, which includes displays on facial tattooing. (Open 9 a.m. to 5 p.m. Tuesday to Sunday)

For a bit of Chinese architecture, visit the National Revolutionary Martyrs' Shrine, dedicated to the country's war dead. The shrine was built in the style of the Hall of Supreme Harmony in Beijing; it houses the spirit tablets of some 390,000 soldiers and civilians (mostly from mainland China) killed in a variety of battles and wars. Hourly changing of the honor guards are a popular with tourists. (Open 9 a.m. to 5 p.m. daily, except on March 28, March 29 and September 2)

If the view of Taipei spread out below at Taipei 101 wasn't good enough, hop on the 2.7-mile Maokong Gondola, which runs between Taipei Zoo at the bottom and the Maokong area of the city at the top. Be sure to grab a glass-bottomed car, and stop at the Zhinan Temple Station stop to visit a modern Buddhist temple and for the best city views. At the top of the route are numerous tea houses and restaurants.