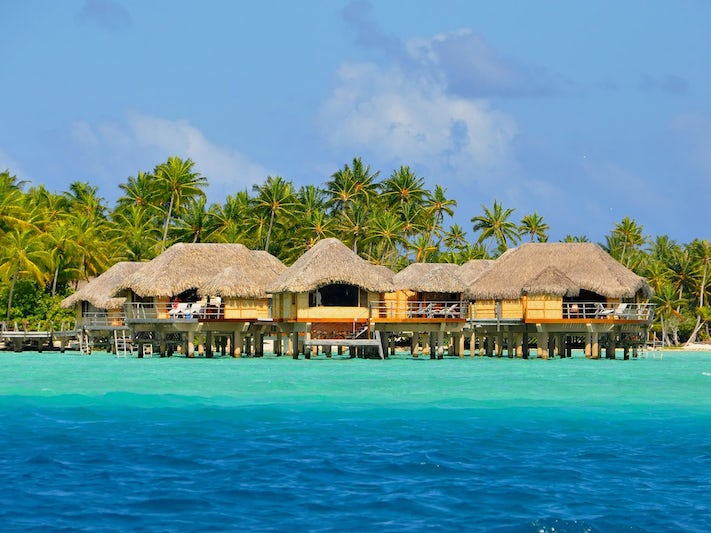 Find Things to Do in Raiatea on Viator

Popular Things to Do in Raiatea

Food and Drink in Raiatea

French cuisine and seafood reign supreme on Raiatea; for dessert, ask if there is vanilla ice cream made locally with beans from Tahaa. There are several Chinese restaurants close to the dock, due to the island's sizeable Chinese population.

Snack Moemoea: This is a casual joint (66-40-66-39-84) on the main drag offering Chinese and French fare as well as quick bites like burgers, hot dogs and croque monsieur (ham and cheese) sandwiches. About a kilometre further south of the town is Snack Tonoi (40-66-32-56) serving fresh seafood, including lobster, with lagoon views.

La Voile d'Or: (The Golden Sail) is located at Apooiti Marina, one of the busiest marinas in the South Pacific, some 2.5 miles (4 km) west of Uturoa. Open daily from 8 a.m. to 8 p.m., it's a hot spot offering lovely views of the water, and steak and seafood prepared in French sauces and a range of cocktails. Grab a taxi and keep going past the airport.

There are no sandy beaches on the island, so to take a dip you need to take an excursion to one of the motu (islets).

Uturoa: Just beyond Gare Maritime lies Uturoa, an easily walkable town with shops, boutiques, cafes and markets. It may seem sleepy, but believe it or not it is the second largest town in French Polynesia after Tahiti's Papeete. The Protestant church on the northern side of the town's center has a memorial stone dedicated to pioneer missionary John Williams, who set up a mission on the island in 1817. Unfortunately he came to a rather unsavoury end in 1839 when killed and eaten by cannibals in the New Hebrides (now Vanuatu).

Motu trips and diving: Even though there are no beaches, swimming, diving and snorkeling are still top options either from a boat or a motu. Ship shore excursions are likely to offer some of these trips and tour operators can be found at the pier. One operator offering morning and afternoon dives and private snorkel trips is Hemisphere Sub, located at the Apooiti Marina, about 2.5 miles (4 km) west of Uturoa town. (40-66-12-49; mobile 87-72-19-52)

Vanilla plantation: Tahaa, Raiatea's neighboring island, is called the Vanilla Island as some three-quarters of French Polynesia's precious crop is grown on the tiny isle. If your ship doesn't offer an excursion, you can go with L'excursion Bleue, who also offers motu lunch trips. (689-40-66-10-90)

Taputapuatea Archeological Site: Located about 40 km south of Uturoa on the east coast, via a road that winds around the Faaroa Bay, this is one of the most sacred places in French Polynesia and a UNESCO Heritage site since 2017. The huge area by the ocean comprises 19 marae (temples) including Matahiraterai, Valley of the Night, Oro's Shrine and the Sacrifice Stone. Most ship tours will visit here, while those seeking independent tours should check with the tourist office at the Gare Maritime Pier. If doing a self-driving trip, it's about a 50-minute drive with a few twists and bends.