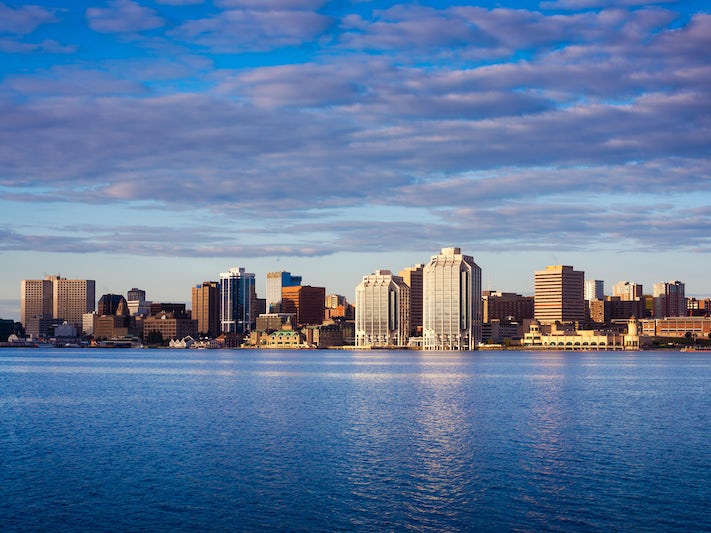 Find Things to Do in Halifax on Viator

Popular Things to Do in Halifax

Food and Drink in Halifax

Lots of lunch options (and dinner, if you're still around town) are available in Halifax, from cheap and delicious fish and chips out of a wooden shack to upscale dining. While seafood is the city's specialty, you'll also find a variety of other choices.

Halifax Seaport Farmers' Market: A great example of the city's culinary diversity is right near where you're docked. The Halifax Seaport Farmers' Market is sprawling, a local staple for more than five decades, offering food, arts and crafts, local wines and souvenirs galore, all provided by local vendors. You'll want to come hungry; you can find cuisine that ranges from Jamaican and Mediterranean to Asian and a smoothie bar, surrounded by stalls that sell fresh fruits, vegetables and seafood. (A lobster roll here is key.) It's also a great place to escape inclement weather, find clean bathrooms or simply relax with free Wi-Fi at the end of a hectic day. (1209 Marginal Road; open daily)

Tomavino's Pizzeria: In the seaport area, you'll find Tomavino's a bustling pizzeria using fresh and local ingredients. In good weather, you can sit outside on the terrace. Conveniently next door is the Garrison Brewing Company, serving seasonal brews. (1113 Marginal Road, 902-425-7111; open at 11 a.m. to 8 p.m. Sunday through Thursday, 11 a.m. to 9 p.m. Friday and Saturday)

The Old Triangle Irish Alehouse: Connect with the Celtic roots of Nova Scotia at this beloved pub, which frequently hosts live music. (5136 Prince Street, 902-492-4900; open every day from 11 a.m. until late)

The Five Fishermen: If you're in port long enough to grab dinner or a late lunch, try a selection of tasty seafood dishes in an upscale atmosphere at The Five Fishermen. Menu items include grilled salmon, lobster tacos, sirloin burgers and -- our pick -- lobster linguine, among many others. (1740 Argyle Street, 902-422-4421; open for dinner every day, 5 p.m. to 10 p.m.)

Alexander Keith's Brewery: If it's an adult beverage you're craving, not to worry: Halifax has more pubs and bars, per capita, than any other city in Canada. Be sure to try any of Alexander Keith's beers. Just a few blocks from the waterfront is the historic Alexander Keith's Brewery, which began producing a variety of delicious local beers in 1820. Guides in period costume lead visitors through the brewery and, of course, you can enjoy a few samples along the way. During the summer, one-hour tours begin every 30 minutes. (1496 Lower Water Street, 902-455-1474; open Monday to Saturday noon to 8 p.m. and Sunday noon to 5 p.m.)

Canadian Museum of Immigration at Pier 21: The immigration museum is located just steps from where you'll disembark. In operation from 1928 to 1971, the depot received 1.5 million immigrants, returning soldiers, war brides and displaced children. (In fact, one in five Canadians can trace his or her roots to Pier 21.) You can take in video and audio accounts of why people settled in Canada, how they fared and how young children were sent to Canada to escape the wartime bombings in England. A film version of a stage performance shows the arrival home of a troopship with anxious brides, some with children in tow, waiting to greet their husbands after an absence of several years. Guided tours are available every hour, on the half-hour. It will take you anywhere from 40 minutes to three hours to explore the museum, depending on your pace. (1055 Marginal Road; 902-425-7770; open seven days a week, May 1 to October 31 from 9:30 a.m. to 5:30 p.m.)

Art museums: Visitors will find the Art Gallery of Nova Scotia in the heart of downtown Halifax. The 9,000 works in the collection include historic and contemporary Nova Scotian, Canadian and international art, as well as an acclaimed collection of folk art. (1723 Hollis Street; 902-424-5280; open daily, 10 a.m. to 5 p.m., with extended -- and free -- visiting hours until 9 p.m. on Thursdays)

The Mary E. Black Gallery, located at the seaport, is Nova Scotia's only public (and free) gallery with local, regional and national finely made handcrafts. It's also home to the Nova Scotia Centre for Craft & Design. (1061 Marginal Road; 902-492-2522; open 9 to 5, Tuesday through Friday; 11 to 4 on weekends; closed on Mondays)

Maritime Museum of the Atlantic: If you're strolling along the waterfront, be sure to visit the Maritime Museum of the Atlantic, the marine history division of the Nova Scotia Museum (a family of 12 museums operated by the province). The main attraction is an exhibit dedicated to the sinking of Titanic, where you can view an actual deck chair from the ship -- one of a few in the world still intact. Other Titanic artifacts are housed there, as well, including oak molding from the forward first-class staircase. Other major exhibits are the beautiful passenger ship models and a section dedicated to the Halifax Explosion that devastated the city during World War I when Mont Blanc, a munitions ship, blew up, killing 1,600 people and wounding 900; it's said that the blast rattled windows as far as 60 miles away. (Significant medical assistance came from Boston, and every year, to show its gratitude, Halifax sends a Christmas tree to Boston's Prudential Center and pays to light it.) Outside, you can climb aboard the CSS Acadia, Canada's first hydrographic ship, and the convoy escort corvette HMCS Sackville. Don't miss the chance to snack on fried fish sandwiches from the wooden food stand near the museum. (1675 Lower Water Street; 902-424-749; open daily, May to October, from 9:30 a.m. to 5:30 p.m., Tuesday extended to 8 p.m.)

Titanic gravesites: After the Titanic sank, survivors still needed to get to their destinations, so they were brought to Halifax, the closest major seaport with access to a rail system. Ships also brought the bodies of some victims, many of which were buried in Fairview Lawn Cemetery. More than 120 graves can be seen at Fairview, while 19 are at Mount Olivet Cemetery.

Province House: Nova Scotia boasts some of the nation's earliest civic buildings, and Halifax's Province House, opened in 1819, is by far the oldest. Most notably, Province House is where provincial legislature meets, but the building is also of architectural interest. Writer Charles Dickens called Province House "a gem of Georgian architecture." (1726 Hollis Street; 902-424-4661)

Halifax Public Gardens: The Halifax Public Gardens, which date back to the mid-19th century, measures an impressive 17 acres and is enclosed by an ornamental, wrought-iron gate. Flora and fauna, statues and fountains, and a gingerbread-house-like bandstand grace this popular tourist attraction. Free public summer concerts take place at the gazebo. (1606 Bell Road; 902-423-9865)

Dartmouth: Take the Halifax-Dartmouth Ferry across the harbor to Dartmouth. The 395-passenger double-ended ferries leave every 15 to 30 minutes, depending on time of day, for the 12-miniute crossing. Dartmouth is a small, residential city, perfect for escaping the touristy crowds. The World Peace Pavilion, located near the ferry terminal, is a great attraction for families, serving as a learning activity for geography, history and social studies; a chunk of the Berlin Wall is kept there, as well as a piece of the Great Wall of China. Open during sunlight hours. Interesting factoid: The Halifax-Dartmouth Ferry is actually the oldest continuous (255 years) saltwater passenger ferry service in North America.

Halifax Citadel: Get your military history at the Halifax Citadel, a fort built in 1749. It's a steep climb up from the waterfront, but the view of the surrounding city and the vast harbor is well worth the effort. There are marching guards, and a cannon sounds every day at noon, a 200-year-old tradition. On a hill, just in front of the citadel, you'll find the Halifax Town Clock. It was given to the city by Prince Edward, Duke of Kent. (Our tour guide told us he was often irked by the tendency of Halifax residents to be late everywhere they went, so the giant clock was a bit of a dig.)

Peggy's Cove: Plan a day trip to Peggy's Cove, a rustic fishing village located on an ocean inlet and known for its dramatic lighthouse. Peggy's Cove is about a 30-minute drive southwest of Halifax, so your best bets are to rent a car or book an excursion.

Lunenburg: Check out Lunenburg, a waterfront village that's a UNESCO World Heritage Site; the town was founded in 1753. Lunenburg is about a 57-mile drive southwest of Halifax and features a number of activities for lovers of the great outdoors, including campgrounds, golf courses and sandy beaches. You pass through pretty seaside Mahone Bay on the way.

Bay of Fundy: Rent a car, and drive to one of the quaint fishing villages alongside the Bay of Fundy (such as Hall's Harbour). No catch? No problem: Lobster restaurants abound.