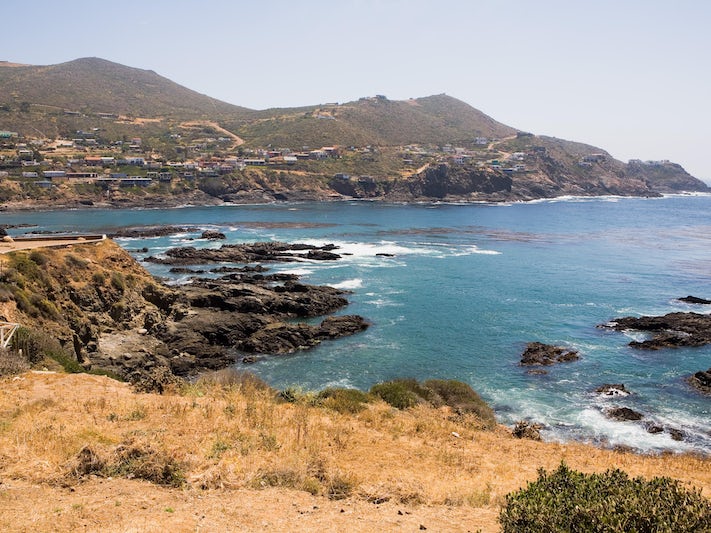 Popular Things to Do in Ensenada

Ensenada, once a quaint Mexican fishing port, has become the second-busiest port in all of Mexico. The city has a casual feel but offers cruisers lots of the expected and unexpected when it comes to shore excursion options. From an excursion to Mexico's oldest winery or its Prohibition-era casino to fishing trips and whale watching cruises, there's something to suit any taste. Be sure to take a stroll around to check out the city's monuments and statues, try the local seafood and stop by a cantina for a cold one or an authentic margarita. If you're looking for a more relaxed pace, the beach is always an option.

Like nearby California, Ensenada enjoys beautiful temperate weather year-round, with little precipitation, the warmest months being August and September. Spanish is the official language in Ensenada and the currency is the peso, though in most tourist areas, U.S. dollars are accepted and English is understood if not spoken.

Find Things to Do in Ensenada on Viator

Food and Drink in Ensenada

Lunch is the biggest meal of the day, enjoyed between 1 - 4 p.m. Restaurants catering to tourists use menus printed in English; local eateries combine Spanish and English. No menus are necessary for the popular street vendors selling churros (deep fried dough dipped in sugar and cinnamon) and fish tacos.

Mexican: Hungry vaqueros head to Bronco's for breakfast, lunch and dinner where mesquite-grilled steaks are the specialty (Av Lopez Mateos 1525).

Happy Hour: Near Hussong's Cantina, Papas & Beer (Av Ruiz 102) attracts a rowdy college crowd and stays open until 3 am. For a quieter setting, visit the Bar Andaluz at the Riviera del Pacifico.

Brunch: The restaurant at Las Rosas Hotel is a local favorite, serving Mexican and international dishes (north of town on Highway 1, 174-4360).

Riviera del Pacifico: Standing inside this elegant Spanish/Moorish building, one can imagine Bing Crosby crooning to Xavier Cugat's Orchestra. Originally owned by boxing champ Jack Dempsey, this former casino catered to Americans during the Prohibition. Today, it's a cultural center, used for weddings and receptions and mariachi and dance performances.

Watch gray whales: From December to March, these magnificent leviathans pass through Ensenada on their annual migration to and from the warm Baja lagoons. Half-day whale-watching excursions leave from the sportfishing pier (Malecon at Av Alvarado). Sea birds, sea lions and harbor seals are an added plus. In addition to trips by Gordo's Sport Fishing and Sergio's Sportfishing Center, the Science Museum sponsors guided tours.