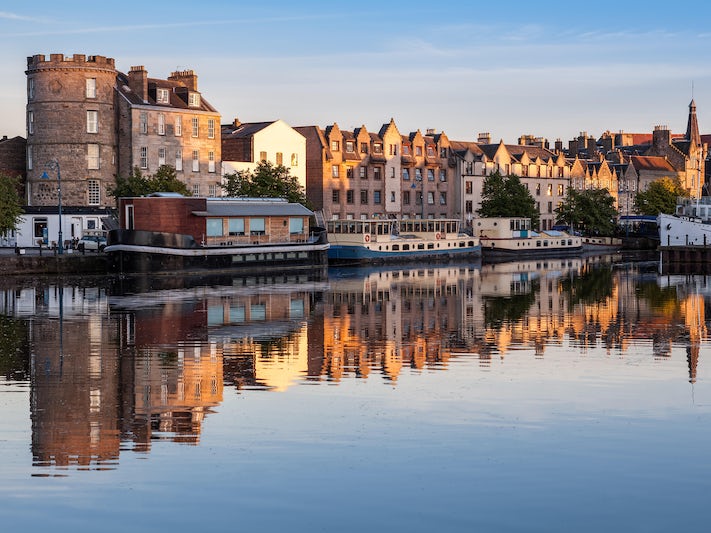 Find Things to Do in Edinburgh (South Queensferry) on Viator

Popular Things to Do in Edinburgh (South Queensferry)

Edinburgh is big enough and diverse enough to offer an assortment of restaurants and cuisines, from pub grub to a French wine bar and from traditional Scottish to Thai food.

If you're looking to try traditional, it doesn't get more Scottish than haggis -- sheep's heart, liver and lungs, minced with onion, oatmeal and spices, cooked in a sheep's stomach and often served with a shot of whisky (you might want to drink that first once you've seen this concoction). Also in the daunting category is black pudding (blood sausage with oatmeal); it's surprisingly tasty.

You'll also see familiar dishes with names that seem contrived just to baffle travelers. Mashed potatoes and turnips are called "tatties and neeps," for example. A typical meat, onion and potato stew goes by the name "stovies." Even oatmeal, a Scottish favorite, is known instead as "porridge."

If you enjoy wine and food pairings, you'll definitely find those at finer restaurants. But you can also have a meal paired with whiskies. (Just don't miss your ship!)

The Scots are justifiably famous for their shortbread cookies, so be on the lookout for locally baked versions. There are tea rooms, where you can have a "nice cuppa" along with baked goods that might include scones, shortbread and oat cakes. Or, for a traditional Scottish dessert, try cranachan (also known as atholl brose). It combines fresh raspberries, whipped cream, honey, toasted oats -- and sometimes a dram of whisky, too.

Along the Royal Mile: Fun pubs (that also serve snacks and bar food) include The Bow Bar (80 West Bow), Deacon Brodie's Tavern (435 Lawnmarket) and The Jinglin' Geordie (22 Fleshmarket Close). The Fruitmarket Gallery Cafe (45 Market Street; open Monday to Saturday 10 a.m. to 6 p.m., last orders at 5:30 p.m. and Sunday noon to 4:30 p.m.) is good for casual fare in an art cafe attached to the Contemporary Scottish Art Gallery. And for fabulous Medieval atmosphere and seasonal Scottish produce, try The Witchery by the Castle (352 Castlehill; open noon to 11:30 p.m. daily).

In New Town: Cafes and bistros line Rose Street. Whisky fans might want to lunch in the elegant Georgian townhouse of the Scotch Malt Whisky Society (28 Queen Street), where you can pair your meal with a whisky flight.

You're in the land of Scotch whisky, so skip the umbrella-topped cocktails and order up a wee dram. Ask for something "peaty" if you favor a smoky Scotch, or chat up a bartender to discover many brands that never make it to the U.S.

Old Town: Dating to Medieval times (12th century), Edinburgh's Old Town is where most of the major historic monuments and attractions are located, with most anchored on, or just off, the Royal Mile, the main roadway. The Royal Mile is the historic thoroughfare that's marked at the top by Edinburgh Castle (the top attraction in Scotland) and at the bottom by the Palace of Holyroodhouse, the official royal residence in Scotland. Your best bet is to start your trip down the Royal Mile from the top (our listings run top to bottom); along the way, the Royal Mile has four different street names: Castlehill, Lawnmarket, High Street and Canongate. Here's a sprinkling of attractions and sights worth seeing:

Edinburgh Castle: At Edinburgh Castle, key attractions include St. Margaret's Chapel, the Stone of Destiny (where Scottish monarchs were crowned) and a display of the Scottish crown jewels. Listen for the 1 p.m. gun firing, a ritual since 1861 (daily, except Sundays). Guided tours are available. (Open 9:30 a.m. to 6 p.m. daily in the summer and until 5 p.m. October-March)

Palace of Holyroodhouse: The Palace of Holyroodhouse is the official Scottish residence of the British monarch. Try the fabulous tour of the chambers, historic apartments and state rooms, of Mary Queen of Scots. The palace gardens are gorgeous. (Open 9:30 a.m. to 6 p.m. daily in the summer, with last admission at 4:30 p.m., closes 4:30 p.m. in the winter, with last admission at 3:15 p.m., check for closures during royal visits in summertime)

New Town: The moniker is misleading, but everything is relative; New Town actually dates to the 18th century -- it was originally built as an antidote to the fetid jumble of Old Town. New Town's wide streets and beautiful Georgian houses in Charlotte Square are worth a stroll. Queen Street is home to the Scottish National Portrait Gallery, while George Street offers boutiques, bars and restaurants. Other attractions include the National Gallery of Scotland, the National Gallery of Modern Art and the Royal Scottish Academy.

Scottish National Gallery: The National Gallery of Scotland holds Scotland's greatest collection of Old Masters. It's one of Europe's finest art collections with works from the Renaissance period to the 19th century, including pieces by Raphael, Titian, El Greco, Velazquez, Rembrandt, Rubens, Van Gogh, Monet, Cezanne, Degas and Gauguin. On the lower level, see works by Scottish artists, including a quartet of stunning embroidered pieces. Admission is free. (Princes Street and the Mound; Open 10 a.m. to 5 p.m. daily and until 7 p.m. Thursday, until 6 p.m. in August)

Scottish National Gallery of Modern Art: The Scottish National Gallery of Modern Art is set in parkland about a 15-minute walk from Princes Street and is home to the national collection of modern and contemporary art in two buildings, Modern One and Modern Two. Admission is free. (75 Belford Road; open 10 a.m. to 5 p.m. daily and until 6 p.m. in August)

Local Tours: Nibble your way around the city with Eat Walk Edinburgh, as knowledgeable guides weave in local history between bites of modern and traditional cuisine (yes, you'll get to try haggis!), as well as tastings of whisky and wine. Or opt for a literary pub tour that follows in the footsteps of Burns, Scott and Stevenson. For more of a workout, tour Edinburgh, from distilleries to castles, by bicycle via 2 Wheel Tours.There's a morning brunch tour along the lower half of the Royal Mile, along with an afternoon/evening Old Town and New Town walking tour. Daily except Sunday.

Real Mary King's Close Tour: The Real Mary King's Close tour takes you underground, to a warren of streets built in the 1600s. Once a busy center of commerce, over time, they were buried as Old Town grew upward. If you enjoy tales and character guides, you'll get a kick out of this experience.

Arthur's Seat: Bring a picnic lunch, and climb 800-foot-high Arthur's Seat (near Holyrood Palace), an extinct volcano with breathtaking views of Edinburgh and the sea. Footpaths to the summit start from Dunsapie Loch or the Palace of Holyrood, near St. Anthony's Chapel.

Explore the Port of Leith: This once-seedy port neighborhood is spruced up and boasts a shopping mall (Ocean Terminal), hip restaurants and ye olde pubs. The biggest attraction is the Royal Yacht Britannia, a former private vessel to the royal family. You can walk to Britannia from the dock in five minutes; tours start in the Ocean Terminal Shopping Centre. (Open 10 a.m. to 8 p.m. Monday to Friday, until 7 p.m. Saturday and 6 p.m. Sunday, restaurants, bars and cinema stay open until midnight).

Visit North Berwick: Another great "trip by train" is the seaside resort of North Berwick (24 miles east of Edinburgh and about an hour's ride), home of the Scottish Seabird Centre with its Big Brother-style cameras focused on the bird life activity on the Bass Rock in the Firth of Forth.