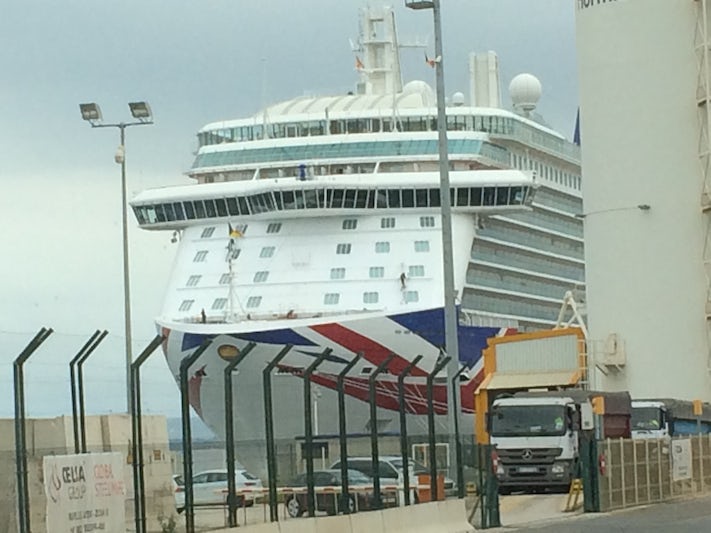 This was a Christmas cruise and so had a premium price. Good things 1. Food and waiting staff 2. Steward 3. Balcony cabin Poor things 1. Most entertainment was not worth watching but two tribute acts were OK. The best offering was only on for one night but this was NOT made clear and so I didn't see it. 2. Entertainment staff on the Lido deck did not engage with guests but ...
Read More

have cruised with p and o last five years on azura and brittania but was very disappointed this year. Cabin was ok but three times in the two weeks we could not flush toilet for several hours and although this was repaired eventually never got call back from reception as promised. The main pool (not the side of cinemaI deck 15 was unusable for the whole two weeks as there were children and ...
Read More

No Northern Lights, not much light at all.

Review for Arcadia to Norwegian Fjords

O.K. so if you opt for a cruise to Northern Norway at the end of November you've got to expect that the weather might be problematic and it was! This was not a great cruise experience and unfortunately this was not entirely due to the various storms and gales that we sailed through. To warn future searchers for the Northern Lights you should research the itinerary carefully. Technically we were ...
Read More

Before adventuring on my first ever cruise I did some extensive searching on who to travel with and chose P&O partly due to price but also it suited the dates I wanted to travel, the Islands I wanted to visit and the departure Airport. As an ex Pat living in Germany it was extremely important that the Journey went smoothly as I had to travel from Germany to the UK the day before flying to meet ...
Read More

We chose this cruise having enjoyed a similar cruise in 2015.Same ship, same time of the year but very different. 6 of us travelled together to celebrate a significant birthday and, as a group, we could enjoy each other's company and the facilities of the ship which made this a better experience than it would have been had we been on our own. The weather was pretty rough all the way to the ...
Read More

Review for Britannia to Caribbean - All

We chose this cruise because it was perfect for a much needed break. We had previously sailed with many other cruise liners and felt that we always referred back to Ventura and Azura. Service had always been commendable however, Britannia did not seem to uphold this. Waiters were hard to get hold of for refilling your water glass and after having waited 20 mins with empty coffee cups, we ended up ...
Read More

Review for Britannia to Caribbean - All

We embarked at Southampton and this was quite smooth and uneventful but when we were issued our cruise cards we noticed our dining arrangements had been changed to a table of 8 ? I asked and the attendant said you’ll have to modify it on the ship, On the ship we made this our first order of business when we went to the restaurant to check our table we were told we cannot adjust this you should ...
Read More

Chose this cruise because the dates and destinations fitted, and we quite like the sea days. Took advantage of the coach from Birmingham Airport direct to Southampton, bit chaotic with people pushing in the queue but got us there efficiently and embarkation was excellent. The ship was larger than we normally go for and a bit confusing to get around sometimes. I think that even after 2 weeks ...
Read More

Having just completed our first P&O cruise (aboard the Ventura )I thought I’d post my comparison with the Celebrity Solstice class ships, as most of the cruises we have done were aboard Celebrity, the last one being on the Silhouette this time last year. The ships are roughly the same size in tonnage , but Ventura carries more passengers, and I believe has a higher ratio of crew to passenger. ...
Read More

We chose the cruise due to celebrating my mother's 80th Birthday, she had not cruised before so we wanted a short cruise just in case! We have been on many P&O cruises before but not Britannia. The one problem with the ship was the lifts!! They are a lot smaller than the other ships and therefore if a wheel chair is in the lift this does not leave much room. My mother needed to use the lift due ...
Read More