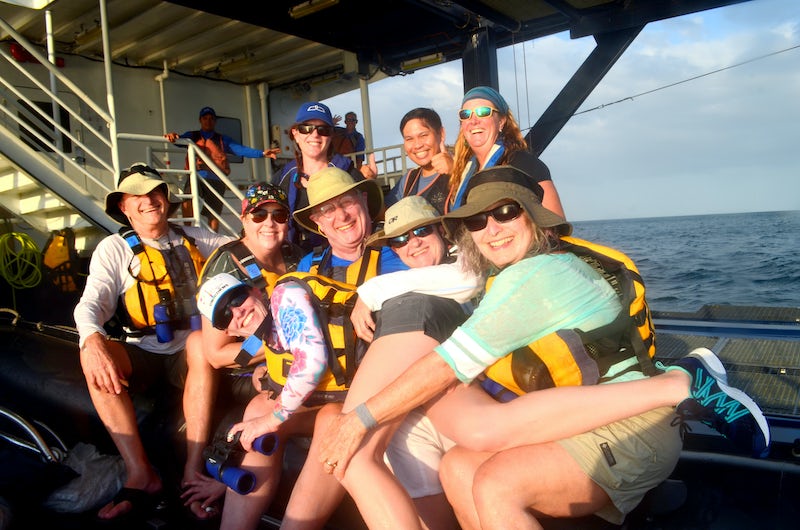 This marvelous cruise is NOT for you if...

Beware of The Uncruise Safari Voyager

We were interested in going through the Panama Canal and were looking for a cruise that also included some stops on the way. We also wanted to avoid too many sea days. When cruising, we normally book with the Seabourn but they did not quite fit the bill, although we have always been happy with them. We finally settled on the Uncruise “Ultimate Costa Rica and Panama”. We accomplished the stops ...
Read More

This was our second UnCruise, the first was on the Endeavor from Juneau, Alaska, back to Juneau in July of 2016. We enjoyed it so much that we looked into others. Costa Rico was always on our bucket list and when our sister suggested this cruise we were on board! We cruised with four other family members. The first night was spent in San Jose in a lovely hotel, it was a nice was to unwind and ...
Read More

How not to see the Panama Canal

I chose this cruise (as a solo traveller) on the promise of a full transit of the Panama Canal, which had long been on my list. So having spent many thousands of pounds to do this trip it was a nasty surprise to receive an email from Uncruise 48 hours before departure telling me that its vessel had lost its authority to use the Canal. Their alternative was to bus us one third of the way up the ...
Read More

the Panama Canal was on our bucket list and we love small ship cruising. Uncruise had good reviews so we decided to go. The staff was professional, friendly and were serious about safety. Cons: -Our room had maintenance issues and the staff was aware of them. They made no attempt to fix the issues. (drawers that would not open/close, moldy a/c unit from being wet) -Sheets/comforter ...
Read More

My late husband and I took Uncruise twice within Alaska and loved it- it was exactly what we were looking for. Up close and personal with nature, staff who really knew their stuff about what you were seeing on hikes and other excursions. good, locally-sourced food but food was not the 24/7 focus of the trip. Fellow travelers friendly, curious, down-to-earth, everyone leaves their egos and their ...
Read More

This was our second Adventure Cruise with Un-Cruise. Of course the transit of the Panama Canal was on the bucket list, but this was so much more. Safari Voyager is set up for Kayaking, trail hiking, snorkling and many trips ashore in Zodiacs. It is not a "sit on the boat and watch the world go by"! I must say I thought the Alaska trip on the Safari Endeavor was physical, but this was even ...
Read More

My wife and I did an Alaska cruise with the company last year and really enjoyed it. The expedition leader for this trip said upfront to not compare ships or cruises as each is so unique. That is hard to do when expectations are made so high from a prior adventure. The ship was great. Great food, our cabin was comfortable and everything worked well though other guest apparently had some problems. ...
Read More

We choose this cruise primarily because of the transit of the Panama Canal. However, the overall theme of 'adventure' was an important aspect. The ship seemed perfectly suited to the type of cruise, but was somewhat basic. Having been on a Mekong small ship Cruise last year we had probably been spoiled!! Cabin was small with wash basin within main cabin area, but just about adequate. ...
Read More

Wanted to see this area and had been on Un-Cruise 5 times (Sea of Cortez, Northwest US and Alaska) on the Quest (smaller ship) and LOVED it! Pros: -the expedition staff was REALLY good and very enthusiastic. -3-4 levels of excursions each day. -Lots of good sights and hiking choices. Costa Rica (the main portion of the trip (is all hilly and mountainous) and quite hot! -We may ...
Read More